Landlord Action is campaigning to enable more eviction cases to be transferred up to the High Court by county court judges. 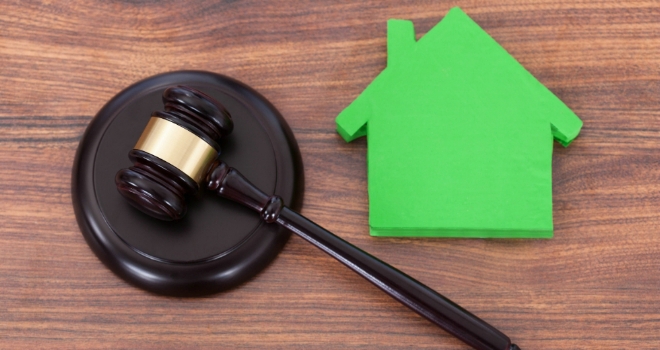 Landlord Action are arguing that the length of time it is taking to get a County Court bailiff appointment once a possession order has been granted, in some cases up to three months, is having considerable financial impact on landlords.

Once a possession order has been granted, and if a tenant remains in occupation after the date possession was supposed to be given up, in the majority of cases, the landlord’s current only option is to apply for a country court bailiff to evict the tenant. However, many bailiffs do not have a free appointment for up to three months.

Landlord Action has proposed to the Ministry of Justice that a clear directive be handed to county court district judges, encouraging them to allow leave on possession hearings to transfer cases up to the High Court in instances where there is a back log with bailiff listings for evictions of more than 4-6 weeks.

Landlord Action conducted a survey of all Section 8 hearings (from 1st January-30th April 2015) where the attending advocates requested to the judge at the hearing that the case to be transferred up to the High Court so a quicker eviction could take place. This was only granted in 16.5% of cases.

Landlord Action also recently instructed Court Enforcement Services to enforce a Writ. They were successful in collecting £16,000 in unpaid rent from the debtor, before an eviction was carried out.

“During this period, the tenant will most likely not be paying rent and the landlord will not be able to recover that lost rent from the tenant, nor will he/she be able to let the property out or even make future preparations to do so. We have even had instances of bailiffs not turning up at all, which results in the landlord having to wait a further 8 to 12 weeks – a total of six months additional lost rent. Only recently a bailiff attended an eviction for one of our clients, she had fourteen evictions that day.

“We feel that the judges at hearings should have sight of the bailiffs’ dairies and if dates go over 4-6 weeks, then cases should automatically be transferred up. Cases still have to rely on the court administration to obtain the Warrant for the High Court Enforcement Officer to act where delays can be encountered, but generally it is much quicker. We always try and make sure that seven days’ notice of the eviction date is given to the tenant, allowing them time to remove their items and vacate, as well as take the Notice to the Council for rehousing’.”

“Once permission is granted by the judge, the transfer up process itself is relatively quick, simple and cost effective. The average time to carry out the eviction is realistically about 10-14 days once the court order has been transferred up, dependent on the landlord’s issuing County Court.

"There is reluctance to grant permission to transfer up by the district judges, as under a High Court Writ of Possession; landlords do not need to give notice of the intended eviction, although it’s advisable. To help alleviate these concerns, a direction to issue a Notice of Intended eviction could be added by the judge to the Order of Possession prior to carrying out the eviction. If instructed at the same time we can always seek repayment of outstanding arrears before eviction takes place.

"In other legal areas such as outstanding CCJs and Commercial Service Charges, we are seeing many clients turn to us to transfer up to the High Court. This is a direct consequence of the delays and increasing cost encountered owing to the huge backlog of cases in County Court. A remedy which if Landlord Action’s appeal is granted, a greater number of landlords could also benefit from."