Which home improvements will decrease your property’s value? 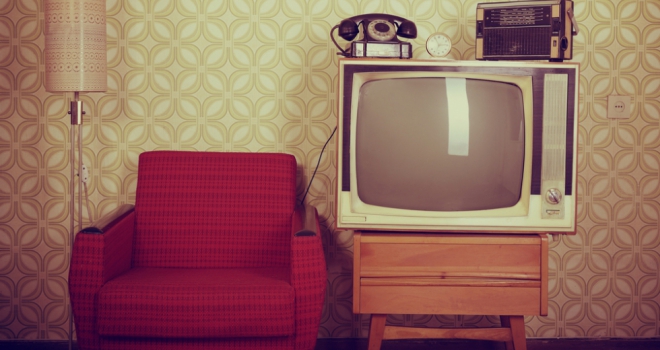 "Personalising your home might suit your current lifestyle right now, but if you’re planning on selling in the near future, be careful not to make costly changes"

From injecting too much of a personal touch, to changing the fundamentals of the house such as the number of bedrooms, some ‘home improvements’ can actually decrease the value of your property.

Whether you’re hoping to sell your home now or in the future, Hitachi Personal Finance has identified the costly renovations you should think twice about.

Be careful about tearing down walls

You may love the idea of having a large, open plan space, but two bedrooms are better than one in the eyes of a buyer. What’s more, the number of rooms your property has can be one of the biggest influences on its selling price – a three-bedroom semi-detached is naturally going to sell for more than a two-bedroom.

Bola Ranson, founder of commercial property estate agency, Ranson, explains: “Homebuyers see extra rooms as a way of separating the functions of the house, so avoid converting two bedrooms into one larger room. The new larger bedroom might feel more spacious and airy, but it will affect the value of your home. Consider adding rooms by converting a very large bedroom into two smaller rooms. This will immediately add value to your home. Be careful not to overdo it though.”

Consider the neighbourhood that your property sits on, and what type of buyers it’ll be attracting. Are they families? Working professionals? Before renovating or extending your property, remember to appeal to its immediate catchment, as most home buyers wanting to live in a £400,000 house won’t want to live on a street where every other property is £200,000.

Aly Johnson from Property Solvers commented: "My husband and I had our small house in West Hempstead valued last summer and proceeded to work with an interior designer to modernise it. After spending £30,000 renovating our home, we got it revalued in January of this year only to discover it's now £30,000 less than the original valuation! The property was put on the market and received offers for £50,000 less than our asking price. We still haven't sold it, so decided to rent it out for the time being. Even though we never had that money to begin with, I still feel absolutely robbed!"

What’s more, think about what your ideal buyer will be looking for. There’s no point spending thousands on hiring a landscape gardener to give you a beautifully intricate outdoor space, if your ideal buyer is a young professional who is most likely looking for something low maintenance.

It goes without saying that everyone has different tastes, so attract a wider audience by choosing neutral colour schemes and avoiding bold colours, eccentric patterns or unusual textiles- unless you’re prepared to completely redecorate before you put the property on the market. Otherwise, potential buyers might find the house unappealing, not see its full potential and will instead be thinking about how much extra it would cost to renovate.

Bola Ranson commented: “We took on a property last year where the owners had spent a lot of money creating a very bespoke living space. The house felt very gothic, dark and almost sinister. Conceptually it worked very well, however, when they came to selling, they struggled to generate interest and it became clear that their home’s value had been impacted by the extent of their personalisation. Personal styling can be fun but it's important to understand the impact that it might have on your homes marketability.”

Many homeowners have had good intentions of transforming unused spaces in order to increase the value of their property, but this can be a waste of time if the correct procedures haven’t been followed.

David Hall from South Coast Surveying said: “One of the biggest challenges I come across are roof conversions where they’ve been converted into a habitable room. If converted after 1983, building regulations would require the walls, the slope of the ceiling and the ceiling above to be insulated. Although many people do fit insulation, if I can’t access it, I have no way of evidencing it.

“However, if the conversion was carried out and approved by building control and the property has building control sign off, this would act as sufficient evidence for me to date the new room in the roof at the correct date (rather than the date the property was constructed). This would then assume insulation in the walls, and would thereby increase the EPC (energy performance certificate) rating of the property.”

David also mentions other extensions that have the same issue: “Single and double storey extensions also have the same issues, if they were built post-1983 but have no building control, these would be assumed to be uninsulated, affecting the EPC rating of the property (unless there are visible signs of retrofit insulation).

“The EPC has been widely overlooked for many years, but I would say within the last twelve months, it has slowly gained more importance, and people are starting to use it as part of their negotiations, generally with a view to reduce the purchase price of a property.”

Wendy Porter from Bradford converted her loft space without the appropriate certification and lost a lot of money in the process: “A few years ago I made the decision to convert my loft space into an additional bedroom, which I thought would go a long way in adding value to my home. After months of hard work and thousands of pounds spent, we learnt when it came to selling that we couldn’t actually class it as a “bedroom” as we didn’t have the appropriate certification. As we needed to sell fairly quickly, we didn’t have the time to rectify the situation, meaning that when all was said and done we were significantly out of pocket. Moral of the story: triple check you have all the right checks and paperwork carried out before investing in any home improvements!”

Vincent Reboul, managing director at Hitachi Personal Finance, concluded: “Trends come and go, so what might be fashionable now may be seen as outdated in ten years’ time. Personalising your home might suit your current lifestyle right now, but if you’re planning on selling in the near future, be careful not to make costly changes before it goes on the market. Hopefully, these do’s and don’ts will help you make decisions before you renovate, rather than afterwards.”