What are the top 12 Christmas insurance claims?

The Christmas holidays should be a time of peace and harmony, but for homeowners there are risks and pitfalls threatening that peace. 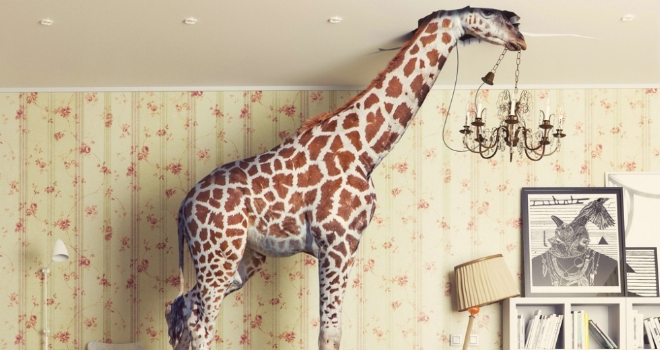 Whether it’s an accident in your home, which could really destroy any festive cheer, or a break in, as December is one of the busiest months of the year for theft claims.

Admiral insurance has listed 12 of the most common types of accidents and incidents it deals with over the Christmas period, and is reminding homeowners to stay aware and hopefully stop any of them ruining the holidays.

John McSherry, head of claims at Admiral Home Insurance,  explains: “We spend more time in our homes at Christmas than at any other time of year. There are more people around and more hustle and bustle. This, and the fact we cook and drink more mean there are more possibilities for us for accidents to happen.

The incidents in our list frequently happen over Christmas, and while our advice to avoid them might be obvious, they are worth considering to prevent your Christmas being ruined.”

Every year before and after Christmas, people venture up into their lofts for what may be the only time in the year, to get their decorations down. Admiral gets several claims each year where people accidentally step between the joists in their attics and put a foot through the floor, damaging the ceiling of the room below. Make sure you go up to your loft prepared, take a torch if you don’t have light up there and only step on joists if it doesn’t have proper floorboards.

Candles create a cosy atmosphere around Christmas, but they are still a naked flame and so whenever you light a candle, take care. Place it on a stable surface. Make sure there is nothing nearby that could catch fire in the flame and never leave a candle unattended. Finally make sure you extinguish them before going to bed, and also watch out for the melted wax, it can ruin furniture and carpets if it’s spilt.

Amongst all the excitement of Christmas Day, little ones aren’t usually bothered about tidying up after themselves. If you’ve got children, there will be toys and gifts left around the house. While stepping on a Lego brick without shoes on might cause you to cry out, it shouldn’t cause too much damage, but tripping over a mis-placed Hatchimal on the stairs might. Keep an eye out for haphazard gifts, and persuade the kids to keep their toys in one pile.

Unfortunately there’s not a lot you can do to prevent your freezer giving up the ghost before Christmas, and if it does it could cause a lot of hassle and disappointment. Admiral deals with several claims each year where the full Christmas shop is spoiled and has to be thrown out. If your fridge freezer is on its last legs and at risk of conking out, consider getting a new one before Christmas, or ask your neighbours to keep your shopping in theirs.

This is another type of accident that usually happens when putting Christmas decorations up or taking them down. Inside the home, the cause is often an unsecured stepladder with someone tiptoeing on the top step to reach the corner of the room. Outside it could be a normal ladder being used to put up or take down lights. Either way, never go up a ladder without someone else around, and make sure the bottom of the ladder is stable.

Good food makes Christmas special, while a glass or two of your favourite tipple can fill you with festive cheer, but cooking while drunk? Not such a good idea. It’s easy to forget about food in the oven when you decide to cook after a boozy night out. Not only could you damage your cooker and your pots and pans, you could start a fire, particularly if you fall asleep.

Faulty fairy lights can cause fires and on Christmas trees, surrounded by wrapped gifts, small fires can soon develop into a blaze. Check your Christmas tree lights conform to the British Standard (BS EN 60598). Make sure you switch off fairy lights and unplug them before you go to bed, or when you leave the house. And of course never overload a plug socket.

Although we rarely have a white Christmas in the UK it doesn’t mean temperatures don’t drop during December and in freezing temperatures, water pipes can burst. A burst pipe can cause thousands of pounds worth of damage and cause you to have to leave your home. Take some time to protect your pipes from bursting by lagging them. And if you are leaving your house empty for any length of time over Christmas, either leave your heating on low, around 12 degrees or turn off the water supply at the mains and drain the system.

What better present on Christmas morning than a shiny new bike? But it’s a sad fact that unattended new bikes attract thieves. As well as a bike, buy a secure lock and make sure your son or daughter uses it whenever they leave their bike unattended. At home, make sure they don’t leave it lying around in the garden and if it’s kept in the shed, make sure that has a strong lock too.

One of the most common accidents Admiral sees at any time of year is red wine spilled on carpets and furniture. The culprit could be a pet, an excited child or a tipsy adult, but the result can be extensive damage. Over the Christmas period there’s likely to be more drinking at home than usual, so make sure you stand glasses and bottles on a table, and well away from small children and pets.

We’ve all seen the videos, excited adults dancing around the living room to Christmas songs. It doesn’t have to be Dad, it could be Mum, Gran or Uncle Tony. Whoever they are they are a menace and could result in a broken chair or a foot through a window. We don’t want to be party poopers, but if someone in your family is getting a little bit over exuberant with their dancing, you might want to sit them down. If that doesn’t work, at least make sure the room is cleared of any breakables.

1 thief taking all of the gifts

The saddest Christmas claim of all, and unfortunately it does happen. Criminals know at Christmas, households are likely to have lots of new gadgets and gifts in them. Do whatever you can to deter the scumbags. In the lead up to Christmas, our homes are often left empty in the evenings, so always leave a light on when you go out. And never ever leave presents in view of passers-by. If you’ve ordered things to be delivered, don’t leave a note telling the delivery driver you are out. And after Christmas, don’t leave boxes for expensive gifts outside.

John McSherry continued, “One last tip from us is to not let your home security slip in the new year. At Admiral, in the last few years we’ve seen an increase in the number of thefts in early January. It could be that thieves are targeting homes full of new gifts and gadgets given at Christmas.”