Lockdown sets the wheels in motion for a UK DIY boom

The currently frozen UK property market could trigger a DIY boom as many embark on home improvement through the lockdown due to boredom and others look to renovate and improve their existing home to cut out the costs of moving. 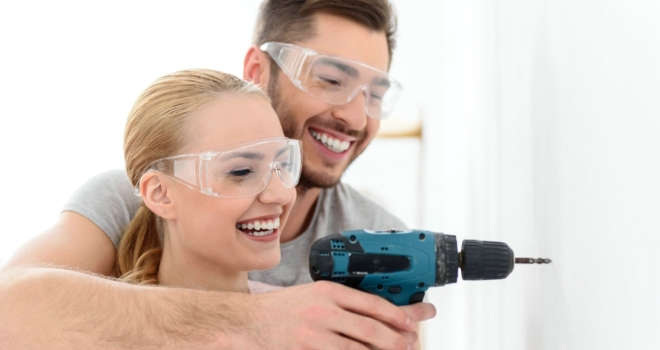 The latest data and analysis from tradesperson comparison site, HaMuch.com, suggests that Britain could be in for a DIY boom should the market freeze brought on due to the crisis persist.

The firm looked at the last time the market saw a drastic decline during the 2008 recession and how this compared to data on the DIY sector.

Between 2008 and 2011 before the market recovered, total property transactions fell by an average of -1.1% per year, with a -3.7% drop between the total transactions seen in 2008 and 2011. During the same time period, turnover from retail sales of decorating and DIY supplies climbed year on year at a rate of 6.9%.

In addition, the turnover of retail sales for hardware, paints and glass in specialised stores also increased by 3.3% each year on average.

However, when the market recovered in 2012, property transactions climbed 5.5% in one year, while DIY retail sales fell a huge -25.9% and retail of hardware, paints and glass also fell -4.3% in a single year.

Tarquin Purdie, founder and CEO of HaMuch, commented: “We all like to save money with some DIY where we can and while we do so when moving to a new home, this is often executed over a number of years bit by bit.

"However, with many now worried about the future of the property market and the value of their home, as they were during the previous recession, it’s very likely we will see a large uplift in the number of people opting to stay put and improve their current property instead of moving to a new one.

"When doing so it’s important to remember a few things. Plan ahead, double-check measurements, colours and fittings and carry out the work once.

"Don’t opt for the cheapest materials available, these will only result in a shabby finish and forking out a little bit more is still far cheaper than moving house altogether.

"Always instruct a skilled professional for gas or electric work and any other tasks you aren’t 100% capable of. Again, this will still be cheaper than moving house.”