Electrical fires up 35% in last year 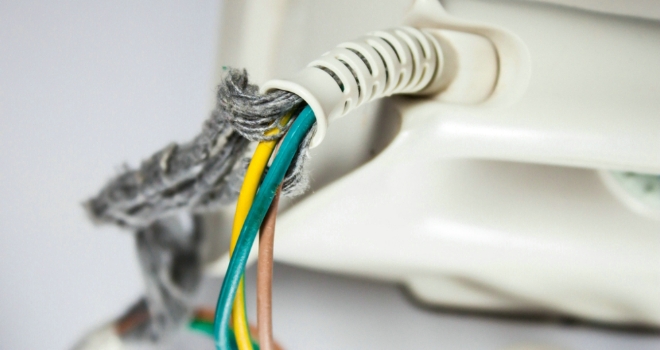 In the last year, the proportion of fire claims caused by electrical faults has risen by 35%, now accounting for over a quarter (27%) of overall fire claims, according to figures from the Co-op Insurance.

Claims analysts at the insurer believe that in addition to some of the more traditional causes for electrical faults, such as tumble dryers and washing machines, other common culprits include electric blankets, in addition to smaller appliances which require chargers such as e-cigarettes, mobile phones, iPad and laptops.

As technology invades our homes and we become more connected, the amount of technology people possess has vastly increased over recent years. 1.8 million mobile phone chargers are bought online in the UK each year and an estimated 2.1million people now using e-cigarettes in Great Britain. Consumers need to be careful that they purchase official chargers, as counterfeit ones are often made with poor quality components that fail to meet UK safety regulations.

On average, the Co-op Insurance pays out £14,000 for a fire claim under a buildings insurance policy. The cost of fire damage which can be caused by trying to make short cuts is much more costly in the long-run, and in tragic circumstances can sadly result in loss of life.

80 in every 100,000 households will suffer from a fire in any given year according to Co-op data, with the most common cause of fire being accidental ignition, followed by electrical faults and thirdly spreading from another property.

The Co-op Insurance’s top tips for reducing fire risks in the home:

Jonathan Guy, Head of Claims at the Co-op Insurance, says:

“In the last year alone we’ve seen a surge in fire claims caused by electrical faults, with a correlation to counterfeit phone chargers. We’d like to warn people about the dangers of using these items, as the poor quality components can lead to not only electrocution and burns but serious house fires, with tragic circumstances.

“Fires in homes are among the most costly claims to deal with, as in addition to cosmetic repairs,   structural damage to the property may also need to be fixed.   If your home becomes uninhabitable as a result of the fire, you may require alternative accommodation, therefore it is important to speak to your insurer and make sure you have the right level of cover in place.”