A new survey of 1,000 people in their 50s, 60s, 70s and 80s has revealed that the top two reasons why couples in long term relationships argue are money and home improvements. 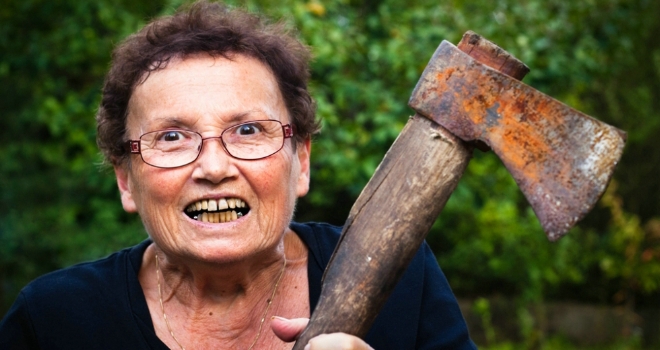 Over 50s experts, SunLife, asked those who had been living with their partner for more than 20 years what causes the most friction in their relationship.

According to the respondants, the top issues were DIY and home improvements, with one in six saying this is the main reason they argue while one in seven says money is the biggest cause of tension. The other top reasons why people in long term relationships argue are to do with their other half either not doing their fair share, or taking too much of their share! Namely, cleaning, taking up too much room in bed and laziness.

Just 13% of couples over 50 who have lived with their partner for 20 years or more say they don’t argue at all.

However, while DIY and home improvements is the biggest issue overall, for men, money is a bigger issue. Men are also much more likely to start arguments about sex, citing it as the 6th most likely reason for tiff, but for women, sex doesn’t even make the top ten. Men also get annoyed with their in-laws, which is the 7th reason, with working late, the kids and socialising up the top ten.

Conversely, what to watch on TV is the 4th biggest cause of squabbles from women’s point of view and dirty laundry, who has the harder job and losing keys are also sore points, while for men, none of those is in the top ten.

Simon Stanney, Non-Life Products Director at SunLife, had this to say: “When it comes to long-term relationships, the things that annoy men and the things that annoy women are quite different. Perhaps women are getting frustrated their husbands are lazing around, hogging the TV and not doing any laundry while men are annoyed their wives are taking up too much room in bed.

But joking aside, the main issues for everyone are money and home improvements. One in five over 55s say they are worse off than they expected to be at this stage in their lives, rising to a quarter of 55-59s, so it is perhaps no surprise that, if money is tight, it can cause arguments.

DIY and home improvements take time and cost money so it is perhaps no wonder this is a cause of friction. And, when you consider that on average, people over 55 have lived in their homes for 24 years, it is likely that many of these properties are in need of a bit of ‘improvement’.”

SunLife’s research shows that on average, people over 55 have seen their homes increase in value by around £135k, so for people over 55 who own their own home and are looking for a cash lump sum – maybe for home improvements, or to ease their finances –equity release could offer a solution.

Stanney concludes: “This is a generation that is generally property rich and cash poor due to a healthy increase in the value of their homes, but inflation is eating away at pension pots and increased living costs.

Our research reveals that 62% of over 55s categorically did not want to downsize2, which means a solution for many could be to unlock some of the value in their homes via equity release, which could ease their money problems and maybe even pay for those home improvements that are causing so many arguments!”