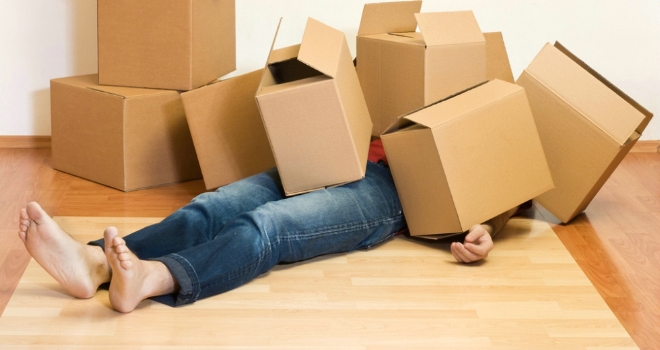 For many, the month of August means little more than throwing a few things in a suitcase and departing for sunnier climes. Lucky them.

However, many people choose to do a different sort of packing during the summer break as they move home.

August may feel quieter as it is peak holiday season, but it is also the busiest month for moving home. A quarter of all house moves take place in August, according to The Masters Removers Group, with July following a close second.

The summer months are the busiest for removals companies as a result of the traditional spring housing market. Homeowners typically put their homes on the market once winter is out of the way and gardens start to look better for prospective buyers and the estate agent’s photos. With the average property purchase taking several months, many people are ready to move once summer is well under way.

The second reason for the peak in business in August is that families with school age children prefer to move between the end of one academic year and the start of another. This gives them time to get the children settled while ensuring they don’t miss any schooling.

Charles Rickards, director of The Masters Removers Group, says: "If you work in the removals business, August is not the month to take a holiday. Our member firms cover different areas and demographics, so we see a reasonable spread of activity but for all firms it is August, and to a slightly lesser extent July, when activity really hots up.

For example, at Anthony Ward Thomas, which moves a lot of wealthier clients to some of London’s most exclusive addresses, July is the peak of business as most of these customers hit the beach in August. But for Aussie Man & Van, which deals with a lot of people moving in and out of rental accommodation across London and the south-east, August sees a significant spike in business."

With removals firms exceptionally busy, The Master Removers Group has some top tips that potential home movers should bear in mind:

1: Try and move in June or September, or even better, October or November. It sounds obvious but it will be much quieter, and you are more likely to secure the services of your first choice of removals firm. It may also be cheaper as some removals firms can charge more during their busiest periods.

2: Avoid moving at the end of the week and the end of the month. Friday is always the busiest day of the week for removals, no matter what month it is, but in August it is off the scale and you will find it difficult to find a removals firm free on a Friday in August.

3: Book your removals company as early as possible. The best removals firms get booked up early so as soon as you have a moving date, book one. Make sure they are a member of the British Association of Removers (BAR) www.bar.co.uk – so they follow its code of practice.