House prices up 3.6% in regeneration areas 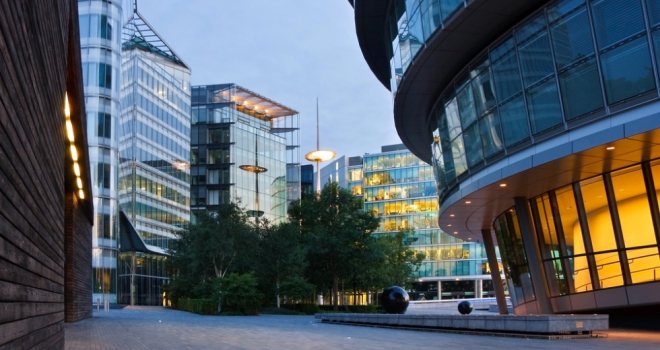 The latest research and analysis from CBRE has revealed that homes near regeneration zones attract an average 3.6% more price growth per year than properties in the wider local authority area.

CBRE looked at 11 long-term regeneration projects in London, most of which started between 2006 and 2010, and all are still in progress in 2019.

Jennet Siebrits, UK head of residential research, CBRE, explained: “Regeneration can greatly improve an area and the quality of life for its residents. CBRE studied the effect of regeneration on local property markets in London and found that house prices within a 750-metre radius of a regeneration zone grow faster than the wider market, by up to 3.6% per annum on average.

Regeneration projects tend to be radical interventions, requiring substantial investment from both public and private sectors. They span from rejuvenation of existing areas like London's Southbank, to the creation of new neighbourhoods like the Olympic Park in Stratford. They bring enhancements to the public realm, connectivity and local amenities, and can transform an area to a more desirable place to live in. As a result, demand for homes around the regeneration zone tends to increase.

This premium increases with time. Measuring the period from around a quarter into the regeneration programme to 2019 results in an annual uplift of 3.6% on average. This is what we regard as the 'realisation point' in the timeline of a regeneration programme. By this point, the overall aesthetics of an area have started to improve, the first residents have moved in and new amenities are in place.”

All the regeneration projects included in the study form part of “Opportunity Areas” which are designated by the GLA for large scale development.

The regeneration of Woolwich and Royal Arsenal Riverside resulted in the highest uplift in house price growth in the study, with a premium of 7.6% from the point of realisation. Stratford was also a high performer, attracting a premium of 5%.

James Bearryman, Senior Director, CBRE Residential, said: “Regeneration is about much more than new housing; it is about creating spaces for people to live and work in happily. Alongside new homes, you can expect to see improved parks and public spaces, and revived retail, leisure and work centres. That's why the benefits are felt more widely than just by those living in the immediate regeneration zone, as our study of the impact on house prices shows.

In London, infrastructure has been a big part of driving successful regeneration, as we can see in Woolwich and Royal Arsenal, which was the area with the highest house price uplift in our study. Investment in transport opens up previously overlooked areas to new investment and development

The regeneration of Woolwich and Royal Arsenal Riverside has been really exciting to watch evolve. Twenty years ago, much of the riverside area was derelict, brownfield land. Since then, the area has undergone a huge physical transformation, in line with an ambitious masterplan. Modern apartments, new retail and cultural areas mix with restored Georgian buildings, paved squares and landscaped gardens.

Woolwich has traditionally been connected to North London by the foot tunnel and ferry, with links into the City and Canary Wharf by DLR and railway. But the arrival of Crossrail and the new station has helped drive continuing change, and once the Elizabeth Line opens, Canary Wharf will be only seven minutes away, and the City can be reached in fourteen minutes.”