Demand rising across all regions for equity release 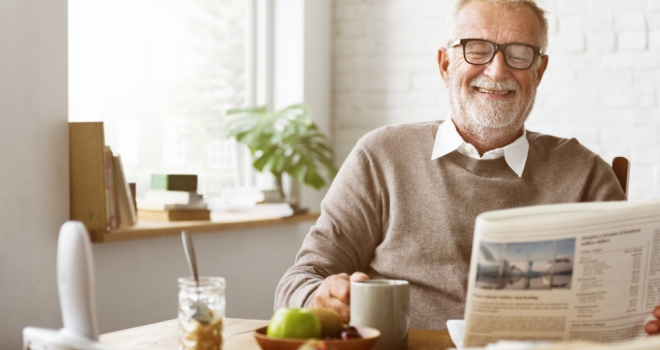 The Equity Release Council have released their Spring 2019 Market Report revealing a soaring popularity of the product across all regions of the UK.

According to today's report, over the course of 2018, homeowners over-55 years of age accessed 50p of housing wealth for every £1 of savings withdrawn through flexible pension payments, highlighting the increasing role of property wealth as a supplementary source of later life funds.

As product options continue to expand – with H2 2018 seeing the first regular-income paying products launch to consumers – the lifetime mortgage market saw the biggest annual increase in new loans compared to other mortgage market segments for a third successive year. Buoyed by continued growth across all UK regions, lifetime mortgages are now estimated to account for around a third of all mortgages taken out by homeowners from their mid-50s onwards, compared to less than a fifth ten years ago.

However, while total annual lending activity grew for a seventh consecutive year to reach £3.94bn in 2018, the average amounts of property wealth withdrawn remained broadly stable – indicating that growth is a result of broader uptake rather than increasing loan sizes.

The Council’s analysis suggests consumer demand for equity release is rising across the UK, with double-digit growth in the uptake of lifetime mortgages visible across every region. Over the last five years, London and southern regions – East of England (158%), the South East (143%) and South West (99%) – have experienced some of the strongest growth in consumer demand.

At the start of 2019, the range of product options that meet Equity Release Council standards – backed by product safeguards and independent legal advice alongside regulated financial advice – had doubled to 221 in the space of a year. Over half (52%) of product options offer downsizing protection, up from 42% a year earlier. The range of options allowing customers to make regular interest payments - helping to reduce the overall cost of unlocking housing wealth - also increased to 45 in January 2019.

The second half of 2018 also saw the introduction of regular income lifetime mortgages, providing monthly payments to customers’ bank accounts in the style of pension products to help meet ongoing costs and supplement other sources of income.

The report also shows prudent measures are in place by lenders to keep consumers’ withdrawals of housing wealth in proportion to their age and potential longevity – offering an average maximum loan to value (LTV) of 18.5% for those aged 55 compared to 31.5% aged 70 and 47.1% at 90.6

Jointly held plans continued to make up the majority of new plans in H2 2018. Across single plans, women accounted for a greater share of market activity than men, with more than double the number of single plans taken out by women than men in H2 2018.

Returning drawdown activity increased by 29% year-on-year, broadly in line with the increase in new drawdown products agreed over the last two years. This suggests that growth in drawdown activity was due to more individuals holding these products, rather than individuals taking more frequent drawdowns.

The number of existing customers seeking further advances (extensions of their plans) was also lower in H2 2018 than a year earlier.

As the demand for equity release grows, so does the need for quality advice. It is vital that consumers have access to professional support that considers short and long-term needs, the broader retirement picture and the role of family in decision-making. Products recognised by the Council remain the only route which guarantees product safeguards, regulated and qualified financial advice and independent legal counsel to help identify whether they fit a customer’s later life needs.

Equity release is not a ‘silver bullet’ for every retirement need, but a growing number of homeowners are finding it can be a solution to meet a range of financial goals.”

Will Hale, CEO at Key, comments: “Today’s report shows an industry that is thriving as it steps up to meet increasing demand by providing innovative new products with features to meet the needs of an ever more diverse range of customers. That 50p is released for every £1 taken out in flexible pension payments clearly highlights the important role that housing equity is already playing in retirement finances.

Older homeowners have considerable property wealth tied up in their houses which is enabling them to transform their own standard of living in retirement as well as to support other family members. Over a quarter (27%) use some or all of the money they release to help family and friends. This growth in gifting underlines how the market has changed with customers increasingly able to use housing equity address a wide range of needs and wants in later life.

Equity release is not right for everyone but if housing equity is a retiree’s largest asset it is vital that they at least consider the role it might play. Key to this is independent specialist advice which will help to ensure that they receive the most benefit from their property wealth and use it in the most appropriate way, whether they are helping families, improving their own homes or clearing debts.”