What does the end of the SDLT holiday mean for property investment? 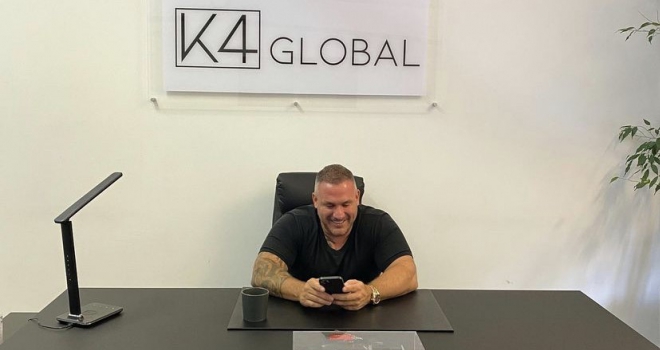 "The important question is how long this period of correction will last and whether it will lead to house price drop growing."

The last 18 months have been tumultuous time for the entire economy, yet the resilience of the property market during the pandemic has been nothing short of impressive. The recurring lockdowns meant property developments were temporarily paused, estate agents were unable to conduct in-person viewings, and buyers and renters had to put their moves on hold.

However, despite this, the property market has proven to be one of the UK most resilient sectors, weathering the challenges posed by Covid and Brexit. This compounded with the stamp duty land tax (SDLT) holiday pushed up house prices and led to the average UK house price hitting a record high of £237,000, according to Zoopla.

Despite this strong activity, the market is now preparing for a series of changes, including the end of the SDLT holiday. Given the success of the relief, the question beckons – what does the lifting of the SDLT holiday mean for property investors?

Measuring the success of the holiday

On 8 July 2020, the government introduced a temporary SDLT holiday. The stamp duty holiday raised the minimum threshold to £500,000 until the end of March 2021. It was then extended to the end of June, and based on its success, extended once more to the end of September this year. The aim was to help homebuyers and to boost the UK property market during the COVID-19 pandemic.

As a result of the holiday, property transactions rose, leading to robust house price growth. Nationwide revealed that house prices across the nation have accelerated to 13.4 per cent in June, the fastest recorded growth in house prices since November 2004. Moreover, transactions in Q4 of 2020 were 16 per cent higher than the correspondent quarter in 2019. This data demonstrates how the holiday has contributed to an active property market.

For the economy to pick up, the government needed to encourage confidence in consumer markets; a healthy housing market is a good guide. Moreover, freeing up the housing market generates economic activity as buyers and renters spend money on moving into and improving their new households. Furthermore, on top of the benefits that would flow through the housing market, the holiday has inspired older people to move into retirement accommodation listing their homes in the process. A new report by the Homes for Later Living campaign group illustrates how helping senior citizens to access specialist retirement housing generates jobs and boosts spending in the local area.

The economic figures clearly show the positive impact the SDLT holiday has had for the property sector and the UK economy since its introduction. Of course, it has received some criticism due to rising house prices for first time buyers. Nonetheless, we shouldn’t let this overshadow the fact that the stamp duty holiday has helped hundreds of thousands of landowners. According to the CPS’s research, 87% of people buying a primary home avoided the profoundly disliked tax thanks to the Stamp duty holiday. Overall, the holiday should be viewed as a success.

The end of the holiday

The end of the stamp duty holiday on the 1st October has led to some uncertainty surrounding the future of the market. On this date, the ‘nil rate band’ will return to its pre pandemic level of £125,000. This is expected to lead to a house price correction and a drop in transactions. Last month, UK home sales slumped by 62%.

The important question is how long this period of correction will last and whether it will lead to house price drop growing. Whilst many critics have erred on the side of pessimism, with some alluding to the 1989 house crash, there is good grounding to believe activity will remain at good levels as despite July’s slump, purchases were still 1.8% higher than the year before. This is also coupled with the fact that mortgage rates are being offered at some of the lowest rates ever.

Property still remains a popular asset class for investors. Simply put, it offers capital growth and security in times of volatility. Moreover, the demand for housing has been boosted by many people reassessing their needs due to increased remote working. These factors mean buyer demand should remain strong, and the government should continue to offer support some form of support for homebuyers and those seeking to invest in property.

Due to the economic success of SDLT holiday, the government should consider reforming the SDLT system, offering buyers the security they need whilst ensuring the property market and other interconnected sectors of the economy don’t suffer a sharp shock, though undertaking large scale, drastic measures, may be best delayed until there is more certainty regarding the end of the pandemic.