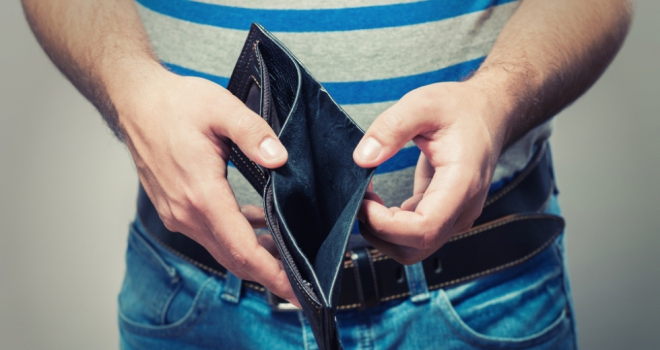 On Monday 12th November, BBCs latest Panorama investigation focused on the impact of the controversial Universal Credit, and most crucially the housing element.

The programme revealed the extent of the rent arrears problem as a result of changes to the benefits system. Paul Shamplina, founder of Landlord Action, together with Mick Roberts, one of the UK’s largest Housing Benefit landlords, join other industry experts in calling on the government to act now and scrap direct payments to tenants of the housing element of Universal Credit, before the situation worsens.

Under the old system, housing allowance was paid direct to councils or private landlords. Now, in order to mirror the world of work and encourage people to be more independent, Universal Credit (UC) payments are made direct to claimants. However, when combined with the cuts in benefits, tenants are under increasing financial pressure, evidenced by the 55% rise in evictions of council tenants compared to the same time last year. Panorama revealed the average rent arrears for UC claimants across the UK stands at £663 versus £263 on the old system, nearly two and half times more.

According to Paul Shamplina, founder of Landlord Action, the changes are exacerbating the housing shortage by forcing private landlords to move away from letting to tenants in receipt of Universal Credit. In the last year, 61% of private landlords with tenants on UC have seen them go into arrears.

Paul says: “It’s a deal breaker for landlords and yet the councils don’t have enough houses to house homeless people. We saw on Panorama that, in the last year, Flintshire Council alone has seen an 85% reduction in the number of private landlords on their books willing to rent to UC tenants. When you roll that out across the rest of the country you can see why we have such a desperate housing shortage. The system used to benefit tenants, by providing more accommodation, as well as landlords, who were guaranteed timely rent with no void periods. Now it benefits no-one. The most vulnerable tenants are being left behind, forced to use an online system which many can’t access, and landlords are having to start eviction proceedings as a last resort.”

Mick Roberts, 40, has been a private landlord for more than 20 years. He has always let his properties to Housing Benefit tenants but is now having to consider only letting to private tenants.

He comments: “I have loved letting to housing benefit tenants over the years and formed great relationships with many of my tenants, but I’m sad to say I can no longer do it as a direct result of Universal Credit. As an example, I have four tenants in Nottingham in receipt of housing benefit who have rented from me for over 16 years. They have NEVER had arrears. They have all been moved to Universal Credit, and now they are all in arrears! That’s 100% failure rate. I believe sorting the housing element would solve a large proportion of problems.”

Panorama’s investigation appeared to echo what many industry experts has been saying for some time - the majority of tenants do not want direct payments because they openly admit they struggle to budget.

Alok Sharma MP, Minister of State for Employment, argued that UC is working well, that there have been lessons learnt in the process but that “we have is a simpler system which people understand and ultimately makes sure they get into work fast, stay in work longer and earn more.”

Mick Roberts vehemently disagrees with this: “UC has to be applied for online. I have a tenant who doesn’t even know how to go online or have access. They are not coming out to see the people at ground level. If they spoke to the tenants that are affected by this, as I have, they would realise.”

Paul Shamplina adds: “I’ve raised my concerns over the increasing complexity of the scheme which, in many cases, means even staff assessing Universal Credit claims are making mistakes on an all too regular basis to the detriment of tenants and landlords. Over the next few years, thousands more families will move across to UC as the Full Service rollout expands, bringing with it even more complicated cases and further challenges for DWP staff.

Unless changes are made now, housing stock will decrease further, and homelessness will increase. At present, direct payments to landlords are only considered in certain crisis situations. This needs to change and tenants and landlords need the option to have the housing element paid direct to the landlord.”