Taylor Wimpey CEO to step down 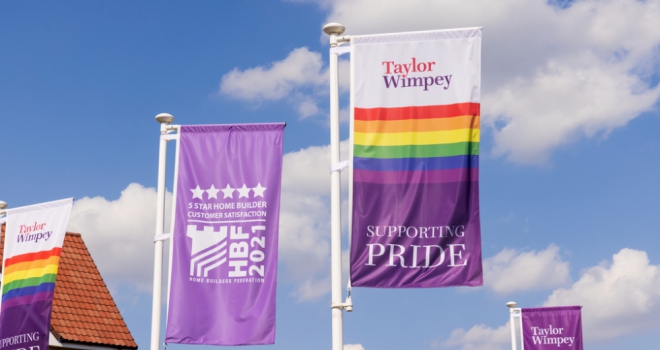 Pete Redfern, CEO of volume housebuilder, Taylor Wimpey, has announced that he plans to step down.

No one has been named for the top job as yet, however, it is understood that Mr Redfern will remain in the role until a replacement has been found and the handover process is complete.

Taylor Wimpey chairman, Irene Dorner, said: "Pete has made an invaluable contribution to the business during his almost 15 years as CEO, including having successfully led the company through a global financial crisis and the recent pandemic. Pete has led a management team that has overseen the transformation of Taylor Wimpey into one of the largest housebuilders in the UK, with an industry-leading landbank, a strong financial position and a clear and deliverable strategy for profitable growth. In addition, Pete will leave the business with a strong and differentiated culture he can be proud of creating."

Redfern said: "It has been a privilege to work at Taylor Wimpey for the last two decades and to lead a business of which I am so proud, working with so many exceptional people both within the business and through our partnerships. The business is in excellent health and is well-positioned for strong future growth. Accordingly, I am confident that now is the right time for fresh leadership as Taylor Wimpey starts the next chapter.

“Last year, having significantly increased our land buying to take advantage of land market opportunities, we have grown our landbank and set a clear path to deliver strong growth and returns over the coming years. I am extremely proud that Taylor Wimpey is a five-star homebuilder for customer service, with the highest construction quality scores in the volume housebuilding industry and outstanding employee engagement.

“I would like to thank everyone at Taylor Wimpey for their past, current and future support."

The shares were broadly flat following the announcement.

Laura Hoy, Equity Analyst at Hargreaves Lansdown, comments: “News that Pete Redfern is stepping down from the helm at Taylor Wimpey comes as the UK’s housebuilders turn a corner following a rollercoaster 18 months due the pandemic. Under Redfern’s leadership, Taylor Wimpey took a more aggressive position than most of its peers, taking advantage of the uncertainty with a land-buying spree. This has put the group in a strong position if the housing market remains robust, and Redfern’s successor will reap the benefits of this bold move.

"But a new CEO could also inherit a host of problems if the housing market doesn’t hold up. For now, rising house prices have offset rising input costs, but at some point, affordability could become an issue causing volumes to crumble. We’re not at that stage yet, but it’s something to be mindful of.

"All told, this feels like the right time for a shift in leadership. Barring any unforeseen disruption over the next few months, Redfern’s measured departure should yield a relatively smooth transition.”