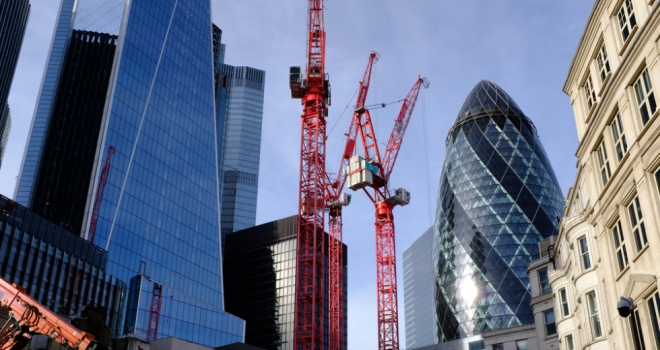 Barbour ABI's data forms part of its Super Sectors report, a monthly examination of Planning Application Approvals and Contract Awards by sector and region, giving a robust picture of the construction industry across the UK. By examining planning approvals as well as contract awards, the report shines a light on the current and likely short-term future of the industry in each region. The June edition highlights some positive trends in the construction industry in London.

According to June's report, London was also top for the number of contracts awarded in Commercial & Retail construction, with a value of £159m for June. The picture is not so bright for the medium term though as planning applications in London only reached the £30m mark, putting the capital behind the South East, Scotland, North West and West Midlands.

The capital also topped the charts for contract awards in both Industrial and Hotel & Leisure construction recording values of £158m and £80m respectively.

Tom Hall, Chief Economist at Barbour ABI, said: “While London had a good month in June in terms of the value of contracts awarded, the slightly longer-term picture does not look as bright. Planning approvals in almost every sector of the construction industry were at fairly low levels in June. The one exception is the Residential sector, which saw £416m of projects receive planning approval in the month. It will be important to keep an eye on the next few months to see how this picture develops.”