Eviction changes: How have landlord’s rights shifted as of June 2021? 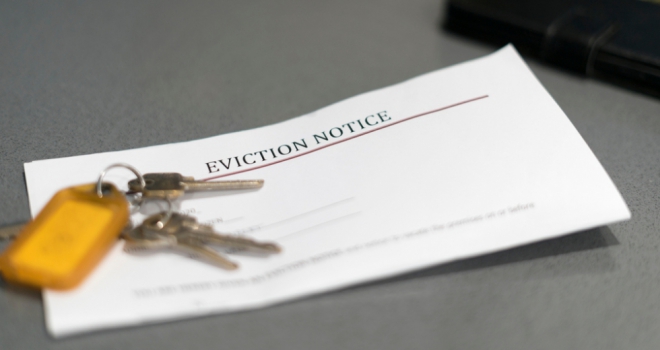 With a number of changes to residential rental laws introduced on June 1st, Priya Sejpal, Senior Associate at law firm BLM and experienced property litigator, outlines the updates to the law and how landlords can respond.

The residential rental market has been tumultuous over the course of the pandemic, with personal finances impacted and high levels of uncertainty rocking the market. To help alleviate some of the financial burdens facing precarious renters in particular, landlord and tenant law has, and continues to be, ever-evolving. A number of measures were quickly introduced via the Coronavirus Act 2020 to protect the viability of the market, particularly focused on suspending evictions and repossessions. Many of these specific updates, including (but not limited to) changes to Section 21 notices and a moratorium on bailiff-led evictions, have been repeatedly extended throughout the year.

With ‘normal life’ beginning to resume and some early signs of economic recovery on the horizon, landlords and tenants alike will no doubt be hoping for stability. However, the fall out of the pandemic will certainly be felt for some time; a recent poll from ClientMoneyProtect, surveying letting agents, suggested that a third had seen over 50 per cent of their tenant portfolios fall into substantial arrears of six months or more. With many renters still facing job insecurity, and the end of the furlough scheme quickly approaching, has the protection against evictions simply kicked the can down the road for both tenants and landlords alike?

Throughout the pandemic, many landlords have expressed a sense of frustration over a perceived lack of measures to protect their rights. Many have felt they were left with no choice but to accept rental arrears, with their ability to enforce significant arrears scuppered by law. However, with the moratorium now lifted as of June 1st, there seems to be some light at the end of the tunnel for those within the rental market who may have suffered as a result of late or non-payment due to the pandemic.

So, what are the changes landlords should be aware of as of June 1st? It’s a date that marked a number of significant changes, one of the most prominent being the end of the moratorium on bailiff-led evictions, allowing landlords to enforce various court orders, including writs and warrants, including those they had obtained prior to June 1st. This also applies to tenancies that fall outside one of the statutory regimes (i.e. non-Housing Act tenancies) or residential licences.

When announcing this change, the Ministry of Housing, Communities & Local Government suggested priority would be given to cases entailing anti-social behaviours or fraud. Should a landlord find themselves in one of these situations, and need to move quickly now the ban has been lifted, thorough evidence gathering is going to be vital. In the case of anti-social behaviour, for example, it’s important to have a paper trail of correspondence with tenants, photo evidence of any damage incurred to the property and ideally, witness statements from neighbours or other involved parties that can attest to the behaviour. If the situation has at any point been escalated to the police, a crime reference number is another key piece of evidence to build a case. At that stage, legal advisors can support in serving notice and beginning the eviction process.

Another key change as of June 1st was the reduction in notice period for both Section 21 (S21) notices, now reduced from six to four months, a particularly positive development for landlords looking to service as a tenancy comes to its contractual end. However, there is some discussion as to the future of S21 notices, and whether they will be abolished – which, should that be the case, would cause significant concern to many letting agents and landlords. It’s a debate that’s been ongoing since the ‘Renters’ Reform Bill’ was first proposed by the Government in December 2019. The Queen’s Speech this May included comments around ‘enhancing the rights of those who rent’, causing many to assume the plans to abolish the notices were still on the table.

Section 8 (S8) notice periods have also reduced, generally with all notice grounds requiring six months’ notice now only needing four months’ notice, including grounds 12 for general tenancy beaches. The notice period for grounds 8, 10 and 11, which cover rent arrears as a result of late or non-payment, have dropped further to two months; however, if rent arrears exceed the equivalent of four months’ rent at the time the notice is served, then the notice period will drop to four weeks, which applies even if the tenant reduces the arrears after the notice has been served.

For both S21 and S8 notices, there are transitional arrangements that mean the new shorter periods do not apply to notices served before June 1st, though this does prevent landlords from serving a fresh notice after that date.

Clearly, these updates represent a positive step forward for the many landlords and agents that have found themselves in a challenging position over the course of the last year. The changes to the measures will help to protect their right to take action in the case of difficult tenants or rental circumstances, following an extended period where many landlords reported feeling without proper support.