The best British regions for an ideal garden 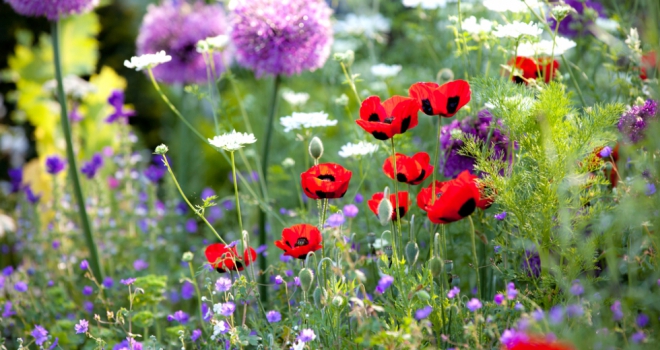 Despite having an interest in the weather that almost borders on obsession, us Brits aren't exactly blessed with the favourable sort. So, when the rain clouds do depart for a brief spell, you can usually find us pottering about in our gardens.

We like nothing more than spending a few hours building our own slice of Eden tucked behind our homes. In fact, British gardeners spend an average of 5,675 hours getting their green space into shape over 50 years.

Growing the perfect garden can depend on many factors – including, of course, your own horticultural skills. But does where we live impact the ease of gardening?

A new study from St. Modwen Homes has dug up information on each British region, analysing their gardening compatibility and getting to the root of the question: which region has the best home garden?

You may have the greenest of fingers, but where you live could disadvantage your vegetive ventures and planting prowess. Four main factors affect the growth and success of gardens. These include:

We may also find that some gardens have more aesthetic appeal based on their size and how much we invest in our flowers and plants.

Taking all these factors into consideration, St. Modwen Homes has found that some British regions are better for natural growth than others.

The place to plant

Homes in the South East were found to have the best home gardens in Britain. With a final score of 80.4, cities in the same region as Oxford shared more sunshine and a high garden-spending budget than other regions. We all know the science of photosynthesis, but none enjoy it more than garden plants in the South East. People in the South East also spend on average £812 per year on their garden. You may want to consider looking for houses for sale in Copthorne if you want to find a property with more green potential.

The South-East was followed by the East Midlands and the East of England as the next best regions to nurture a home garden. They achieved scores of 79.1 and 78.4 respectively. The South West was only slightly brighter than the South East with an extra 53 hours of sunlight per year.

While all regions in Britain should be able to curate a beautiful home garden, the research proved that it’s easier to create a garden in some regions than in others. The study found that people in Yorkshire and the Humber, followed by the North West and London, would have the most difficulty nurturing a garden. They achieved scores of 57.7, 63.5, and 70.1 respectively.

Yorkshire and the Humber was recorded as the coldest region of Britain with the least sunlight. People in the North West also spent the least on the gardens per year – £160 less than the average Brit.

Not to fear, there are plenty of plants to grow when you don’t get enough sunlight. Ferns and bush lilies are known for sprouting in the dark and can add colour and depth to any garden.

Creating the ideal garden doesn’t just depend on how much money you spend on it or if it gets enough sunlight. Your outdoor paradise can be created by understanding which plants are adept for your region. Consider which flowers bloom in the wild in your area; they’re likely to succeed in your garden as well.

The importance of gardens

According to St. Modwen Homes: “The garden is truly an extension of your home. Even with the British weather, it’s a place where you can relax and socialise with family and friends. It’s the outside expression of your internal style, and you need to give it as much thought as you have with the rest of your home.”

The health benefits of gardens and gardening are also just as important. According to a report by the King’s Fund, gardening can help significantly reduce depression and anxiety and improve social functioning.

You can build a great garden anywhere, and you should enjoy spending time in it. Get outdoors and take advantage of every minute of the good British weather while it lasts.