So, you've got a blocked drain. Now what?

Finding a blocked drain at best is an inconvenience, but at worst, it can be a costly problem that could cause damage to your home. 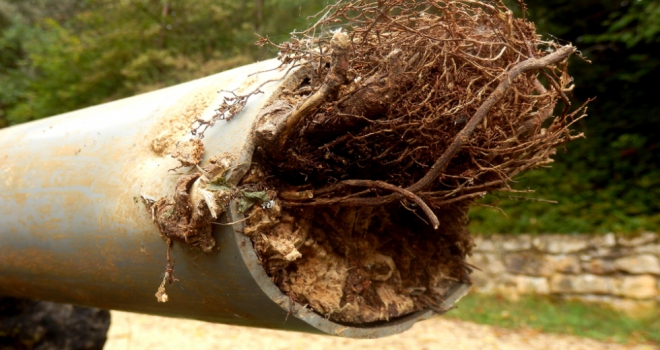 The average cost for unclogging a drain is around £100, with more time-consuming cleaning jobs costing up to £200. With the most severe damage, like a collapsed drain or tree root blockages, you could find yourself handing over sums approaching £850.

It’s vital to know the signs before things get out of hand. That’s why I’m sharing common signs of a blocked drain you need to know about and how to solve them.

What causes a blocked drain?

Blocked drains are usually caused by two things, damage to the pipe structure itself or a mass that is stuck in the pipe. It’s normally an unwanted build-up of products we use every day, limescale, or food, that shouldn’t be in your pipes, causing the obstruction.

Piping drainage that’s been affected by weathering, age or ground movement over time can also be the source of the problem. Moving water away from the property quickly and efficiently becomes difficult when pipes are damaged, leading to a higher chance of a blockage.

This can be made worse by fats, foods and soap suds congealing together to halt flow. Those in hard water areas will benefit from installing a water softener, to keep their water flowing steadily by removing some of the minerals that create hardness.

Common and obvious signs of blockage is water failing to drain at all, draining away slowly or as is commonly the case with toilets, flow backs up and returns from the drainage system.

This is often the first thing people notice, but some signs should be shown urgency when you first find them, long before the water flow is disrupted.

For example, bad smells coming from a water source, alongside leaks around the house could tell you that wastewater is having trouble leaving your property and getting into the sewage system.

A seemingly harmless gurgling sound coming from a pipe could mean the pipeline has been damaged. That noise comes from air passing through holes in the pipework, showing damage somewhere in the line.

Kitchen sinks tend to become blocked by food waste and a build-up of stubborn fat and grease. Fitting a plug strainer which catches any debris or food particles helps prevent blockages.

A plunger is also an affordable and effective way to unclog all your home drainage systems, from sinks and shower drains to toilets. For the best results, place the head of the plunger directly over the drain, creating an air-tight seal. Apply pressure, pushing and pulling the plunger vertically for 30 seconds until the blockage clears.

Be careful with using too much force with the plunger – if you have push-fit piping, aggressive vibrations could shake them loose. Follow the manufacturer’s instructions or seek professional advice if you’re unsure.

A sani-snake is another cost-effective way to unblock your waste pipes. Stubborn blockages can be removed with a flexible spring that curves around the contours of the pipe, helping to dislodge debris from inside.

For stubborn blockages, call a plumbing professional. Plumbers have the right equipment to suit all piping and drainage structures and will help you avoid damage from a DIY job. They’ll also be able to remove difficult blockages quickly and easily if you’re in an emergency.

Dealing with a collapsed pipe

Collapsed pipework is the most expensive cause of a blocked drain and build-up of wastewater. Whether it is caused by tree roots, flooding, or simply age, a collapsed pipe can wreak havoc as bacteria-riddled wastewater can no longer escape your property.

These will often need to be replaced by a professional as soon as possible, so check closely for any permanently saturated areas of your garden, particularly near any trees or shrubbery as their roots can weaken the structure of pipes. Areas of ground that have suddenly sunken in are also a dead giveaway.