Where are the UK’s top investment property hotspots? 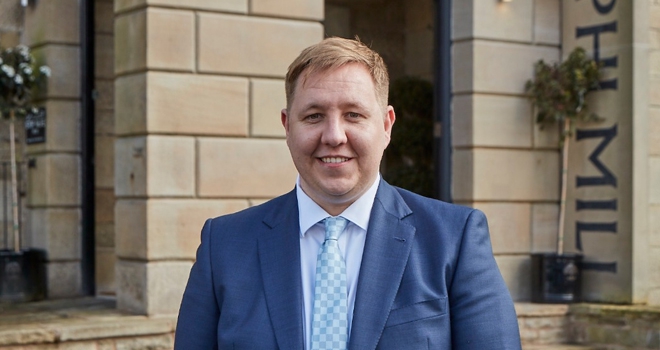 For those of us involved in the real estate sector, the past two years have drawn in vivid colour just how quickly broad assumptions can be wiped away.

Indeed, following the onset of the pandemic, a number of social and economic forces came into play which resulted in one of the quieter periods for property in living memory, immediately followed by a sustained period of activity beyond anyone’s predictions.

It was surprising to note, then, the extent to which the pandemic shaped property investors’ behaviours. With remote working becoming necessary for most employees through the pandemic, and many companies now settling into hybrid working as a function of the ‘new normal’, we are seeing broader implications for investors’ preferences when it comes to real estate assets. For instance, it was widely reported that the onset of more flexible home-based working arrangements had led to a form of ‘urban exodus’, with city dwellers looking to move to properties in rural areas after being freed from the necessity of close commuting to centrally located office buildings.

Of course, it is well known that house prices in the UK are at record levels – by May 2021, Halifax’s house price index reported an all-time high, with the average UK property exchanging for more than £260,000. According to the Office for National Statistics, the average house price in the UK increased by 13.2% in the year to June 2021, the highest rate of annual growth seen for nearly two decades.

Equally, we must note this price rise is not an indicator of prime properties growing, while cheaper properties stagnate – gains were observed across the board, and the level of activity in the market can be credibly described as feverish. HMRC recorded record levels of transactional activity, with 213,120 sales completing in the month of June 2021 alone, coinciding with the rush to close before the tapering of the SDLT holiday began.

The slump which was anticipated following the rates saving reduction did not come to pass – in the following months, properties changed hands at similar rates, and prices continued to – admittedly more modestly – climb upwards.

Positively, the IMF recently upgraded the UK’s 2021 growth forecast to 7%, after a largely successful vaccine rollout led to a stronger-than-expected bounce back. As such, there is reason to believe that investment activity will remain high, and the property sector stands to benefit from its international repute in the hearts of investors.

So, it must be asked – where would such prospective investment flow? With demographics and investor intentions in an uncertain state, market analysts are met with the hefty challenge of anticipating how the property market will shape up as we begin to emerge from the pandemic.

As such, FJP Investment commissioned an independent survey of more than 500 property investors, each with portfolios containing at least two properties, to gain a better understanding of the current investment sentiment towards property and to examine which areas in the UK are piquing investors’ interest.

As we look ahead, there are clear signs that investor appetite for UK property is returning, even in the face of the potential for cooled activity heading into Q4 of 2021. Almost half of those surveyed (44%) reported an intention to expand their property portfolio over the coming year, with young people significantly more likely to look to expand their holdings than older generations (66% to 15%). While this highlights a likely period of inactivity among older generations as the market settles, it underlines the enduring enthusiasm for UK property.

More than four in ten (42%) said that real estate was the central focus of their investment strategy at present. For the purposes of this survey, we grouped investors into two categories – those with holdings of between two and five properties, and those with more than five.

Of these, it was those with the smaller portfolios who were more likely to see real estate as the primary beneficiary of their investment compared to those with established portfolios, with 43% and 38% agreement, respectively.

It is of note that more than two fifths (44%) of investors said they were now more willing to invest in rural areas than they had been prior to the pandemic.

Amongst these, a majority (58%) of those with portfolios larger than five properties planned to invest in property outside the cities. This indicates a significant increase in the potential yield of rural property as a buy-to-let asset.

This is not to say that established urban areas have suffered as badly as many analysts had anticipated. Indeed, London emerged as the UK’s leading investment hotspot, with four in ten of those surveyed inclined to invest in property in the capital. The West Midlands and East of England came in second and third place on investors’ intentions, according to 32% and 26% of respondents, respectively.

Both areas enjoy high investment potential, with a strong mix of urban and rural property and land development opportunities. The West Midlands includes emergent economic cities such as Birmingham and Coventry, while the East of England benefits from easy commuter access to London and the south.

While the North East and North West of England ranked further down on investors’ wish list, with 13% and 9% of intent recorded respectively, looking ahead, it is easy to imagine that property investment across the North of England, which is already on investors’ radars will continue to gather pace in the years to come. This trend is likely to be accelerated by the successful delivery of key infrastructure development projects, such as The Great North Rail, which is expected to boost further growth across key northern cities.

Naturally, it remains challenging to make a firm observation on the direction of travel for UK property. While London has retained its crown as a property investment hotspot, the generalisation of agile working has undoubtedly changed the rules of the game, bringing key regions across the UK into the spotlight which may prove lucrative to those who invest appropriately in emerging areas of interest.