Where are the most secure postcodes in the UK? 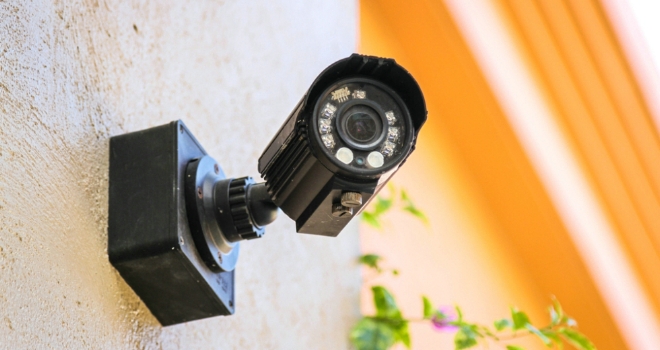 As well as having the ideal location for amenities, schools and proximity to family, friends and work, feeling safe in the area where you are choosing to live is highly important and has a big part to play in your final decision.

In fact, new research by Confused.com has found that 51% of Brits say the sense of safety and security in an area would highly influence their decision to live there.

With this in mind, the research measured the security of 32 of the biggest cities in the UK, along with their relevant postcodes to work out where is the safest place to live. Looking at factors like burglaries, ambulance response time and the number of police officers, the data highlighted which cities are deemed the “Safest”. The research also highlights where residents may need to invest in additional security measures.

Liverpool ranks best overall and is arguably the secure capital of the UK. According to the data, there are 35,254 CCTV cameras in place to keep an eye on people across the city. That’s more than any other major UK city. In comparison to other cities, Liverpool also has a considerably lower crime rate, with more than 59,000 reports in one year. That’s compared to the UK average of 71,000.

Further research also found that people are happy living in Liverpool. Most (98%) of the UK residents with a Liverpool postcode claim to feel safe and secure in their area. More than one in four (28%) of Liverpudlians claim that CCTV cameras help to make them feel very safe whilst distance to a hospital is important for nearly one in five (18%) people living in the city. The survey also found that one in four (25%) respondents in Liverpool claim to have been a victim of a burglary in the past.

More than a third (35%) also know someone who has been burgled.

While Liverpool ranked highest overall for security, there’s some comfort for people living in other areas of the UK. For example, people living in or around Plymouth (PL) are less likely to become victims of burglaries, with just four break-ins reported per 1,000 people each year.

Meanwhile, people living in London are in good hands, as the capital tops the list for having the highest number of police officers. According to the data, more than 31,000 officers are employed to monitor the streets of the capital, compared to a UK average of just 4,539. However, there is arguably some justification for this. London is the crime capital of the UK, according to the data, with more than 910,000 crimes and 80,000 burglaries reported in one year. Perhaps this explains why more people have fake burglar alarms installed in London than in any other city across the UK.

However, according to further research, Oxford is voted as the most secure city in the UK by its residents. Three in five (61%) people who live there claim to feel “Very safe and secure”.

The factors that make Brits feel the most secure

When it comes to making people feeling where they live in, some factors are more important than others.

According to the research, loitering on the streets is the biggest influence on people’s sense of security. More than two in five (42%) Brits claim that loitering makes them feel “Very unsafe”. In contrast, low crime rates and the number of streetlights are among the most important factors for helping Brits feel safe where they live.

Many people might look into the local crime rate or the availability of emergency services before they more or buy a home. But this doesn’t mean they are at less of a risk of becoming a victim of crime. In fact, more than one in eight (13%) people in the UK have been a victim of burglary. More than one in three (36%) also know someone who has been burgled in the past.

Of course, there are ways for homeowners and renters to take the security of their property into their own hands. But one in seven (14%) are confused about the most effective way to go about it. More than one in seven (15%) people are also confused about what difference security measures will make on their home insurance. According to Confused.com’s expert guide, there are a number of different types of burglar alarms that could increase the security of a home. They could help to keep home insurance costs lower too.

According to Confused.com’s guide, the alarms can be as sophisticated or simple as a household might need. Some offer monitored protection for extra peace of mind. Installing this type of alarms could see a drop in your home insurance premium, while dummy or fake alarms may not offer any discount at all.

Some areas of the UK are evidently safer than others. But investing in home security systems will always help people to feel more at ease in the home they live in, no matter where they live.

Jessica Willock, home insurance expert at Confused.com comments: “When it comes to choosing where to live, safety is a key consideration. Low crime rates or great emergency services are more likely to make us feel safe and happy living in an area, but this doesn’t mean we’re not at risk of theft or burglaries.

“We are responsible for keeping our properties secure, although many people are confused about the most effective way to do this. Our expert advice suggests that installing a burglar alarm could offer you the best security, with some being more sophisticated than others. Not only this but having certain types of alarms installed could offer a discount on your home insurance costs. This is good news for everyone, even those who live in areas where crime is more common.”