Unlocking brownfield sites could release £463bn worth of housing 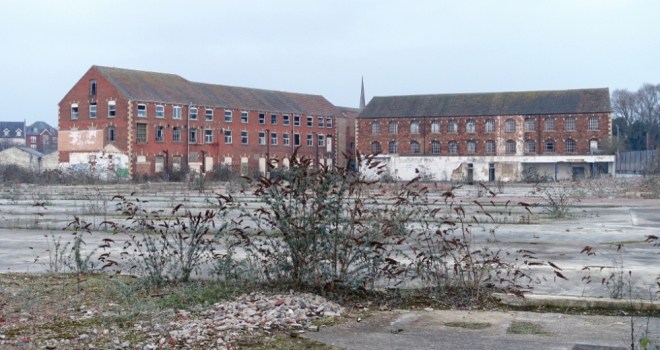 Despite repeated comments from the government about unlocking the potential of brownfield sites, capacity has seen a significant annual increase and it is now estimated that there is sufficient brownfield land to create £463 billion worth of new homes.

Boris Johnson recently spoke about plans to use more of the country’s brownfield land - land that has previously been built on - to provide an answer to the nation’s ongoing housing crisis, saying: “We are going to put more publicly owned brownfield land to use and seek to unlock small sites that are ideal for the kind of unobtrusive development that communities welcome.”

In 2020, there was a capacity for just over 1 million homes to be built on brownfield sites while the latest data shows that this has increased by 9.6% to more than 1.1 million homes, suggesting that the Government is far from following through on its promise to better utilise this type of land.

Unlatch then looked at this brownfield availability in line with current new-build market values, to reveal just how much building on this under-utilised land could add to the topline value of the market.

The research shows that with the national average for a new-build property sitting at £398,167, £463 billion worth of housing is tied up within the nation’s brownfield.

London is home to the most available brownfield land, with capacity increasing by 22.6% year on year, meaning there is space for 355,644 new homes. With the average London new-build valued at £565,192 in the current market, there is the potential to add £200 billion worth of housing to the capital’s housing market.

In the South East, there is an estimated £78 billion worth of new homes tied up in brownfield sites.

In the East Midlands, the potential market value of brownfield land sits at £22 billion while in the East of England it’s £51 billion.

Lee Martin, Head of UK for Unlatch, says: “Brownfield sites are the ideal place to build new homes. Unlike greenbelt land, brown sites do nothing to detract from the nation’s natural beauty or open spaces.

"It’s little surprise, therefore, to see the government leaning heavily on these sites for their levelling up plans, but it doesn’t seem that they’ve yet put their plans into action because the amount of available brownfield land has actually increased.

"We have to hope that the government follows through on its pledge to utilise this land and deliver the affordable homes that so many people need. Not only will it deliver much-needed homes, but it will also bring a huge boost to the housing market, and therefore the economy, by hundreds of billions of pounds.”