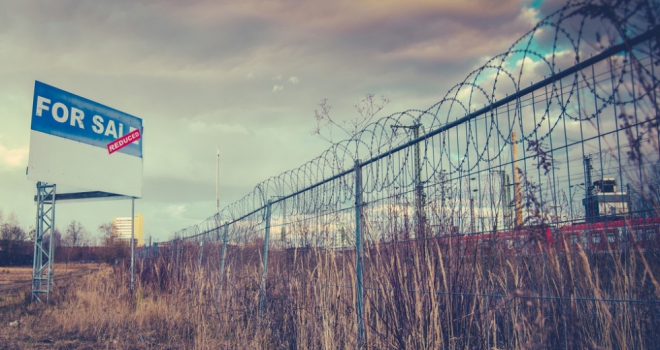 In October last year, our team was carrying out some standard research into the extent to which local planning authorities (LPAs) were unlikely to meet the standard methodology target in their emerging Local Plans.

Then something happened that caused a sharp increase in those figures: Boris Johnson’s announcement at the Conservative Party Conference that his party would not support greenfield development. Empathising with his audience, he referred to the ‘constant anxiety’ of those living in the Homes Counties over their ‘immemorial view of chalk downland’ being ‘desecrated by ugly new homes’.

Until this point, our research was already indicating that the majority of councils in the southeast were unlikely to identify sufficient deliverable sites to meet housing targets, due to major constraints to development, such as areas at risk of flooding, unspoilt AONBs, tightly drawn boundaries around urban areas and other environmental designations.

Then the prime minister’s comment ricocheted around town halls up and down the country. Many Local Plans were halted. Several were widely reported in the planning press at the time but many more were evidenced in our monitoring.

Furthermore, we became aware of LPAs whose Local Plan progress was not at a definitive stage but nevertheless was paused – for example, those undertaking the second (or more) round of Regulation 18 consultations.

If local authorities are on the verge of committing to a large-scale garden village or urban extension, any hesitancy in progressing Plans can be understood. Similarly for those due to open up their Plans for public consultation, or submit them for Inspection, hesitation is understandable.

Unfortunately, this is not just a case of a few months’ stalemate while we await further clarity through policy: the potential impact on housing figures is much greater if it requires a Local Plan to be re-written, or an evidence base, has become out of date, requiring further research and analysis. This potentially adds years to the Local Plan process.

When a clear target exists – 300,000 homes per annum – but the main means for delivering it is taken away, that target can only be achieved if an alternative is put in its place.

The Government had been enthusiastic in its commitment to brownfield development but there are simply not enough urban sites to rule out all rural land from development. Furthermore, brownfield development often brings with it significant constraints: sites are usually smaller than a typical greenfield site, the need for remediation is costly and the loss of commercial or community facilities (which are typically the uses occupying brownfield sites) can have a damaging impact on jobs and community cohesion.

The high costs of entry allied with remediation and other costs typically mean housing on brownfield land can only be achieved through greater height and density – flats, rather than family homes. Private and shared open spaces are limited, and if parking standards are adhered to, parking must sometimes be provided underground. The result is often the other benefits of development, both monetary and community/infrastructure, are sacrificed. In many cases, affordable housing delivery is the biggest loser.

On the other hand, greenfield land has the potential to deliver on the Government’s net-zero aspirations and make considerable biodiversity net gains. Paragraph 11a of the 2021 NPPF requires that "all plans should promote a sustainable pattern of development that seeks to….improve the environment [and] mitigate climate change’" It is believed likely that a 2022 revision will re-enforce the sustainability goals.

The prime minister’s speech also stated that ‘levelling up must work for the whole country and is the right and responsible policy because it helps to take the pressure off parts of the overheating South East.’

Will levelling up answer the question of housing need while preventing further greenfield development? Ideally, levelling up should focus on making less affluent regions more competitive and more accessible, primarily by improving employment opportunities and interconnectivity. We understand that this is part of the levelling up agenda. It must remain at the forefront of thinking, however, because housebuilding alone is not the answer. Investment in sustainable transport such as the TransPennine route, and in continuing the move to relocate employment opportunities has the potential to make a real difference.

As we await the publication of the delayed Planning Bill, the direction of future planning policy is uncertain. The housing crisis itself is unquestionable, but the Government’s proposed means of achieving the 300,000 new homes per annum target raises very many questions.