Scottish planning system trailing behind the rest of the UK 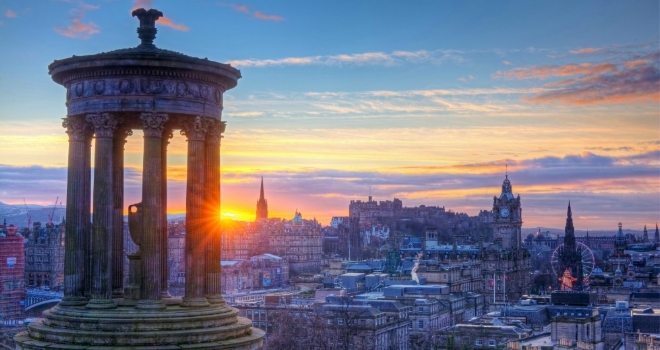 A new report, published today and entitled ‘A blueprint for the future of planning’, has found that Scotland’s planning system is only delivering half as many major application decisions per resident in Edinburgh and Glasgow compared to Greater London or the Northern Powerhouse.

Decision times in both cities are not meeting targets, with major planning decisions taking an average of 47 weeks in Edinburgh and 39 weeks in Glasgow; over twice the target of four months. There were 49 major planning applications determined by Glasgow and Edinburgh in 2015-16.

The figures also show a strong disparity in approval rates between the two Scottish cities. Glasgow approved 100% of major applications in the last year, well above the UK-wide average of 87%. Conversely, Edinburgh was one of the hardest local planning authorities in the study in which to gain planning permission; with only 72% of planning applications gaining permission.

However, despite these findings the report also paints an optimistic picture as 44 major applications were successfully granted in the last financial year across Glasgow and Edinburgh and planning professionals in both the public and private sector highlight the successes of the National Planning Framework and Scottish Planning Policy at driving increased development activity.

Local Planning Authority professionals appeared ‘buoyed’ that the potential housing crisis can be tackled effectively with 37% stating that the Government’s approach to planning is making housing delivery better. However, applicants are not convinced with nearly half believing it’s getting worse.

Some of the causes of lengthy decisions are due to the complex nature of applications, especially in Edinburgh and Glasgow. However, there are also other factors at play. At a time of reducing public sector financing there is no doubt that planning authorities are becoming more stretched” notes Steve McGavin, planning and development director, GL Hearn.

The industry must therefore look to itself for the answers to solve the challenges of modern-day planning and development. We must all take responsibility for driving progress and maximising the productivity of the resources at our disposal.

Some measures which may speed up decision making include changing the requirements for major development decisions by Planning Committee to enable delegated decisions where applications aren’t called in by Members. An allocation of a site in a Local Development Plan for a particular land use could also give in-principle approval of that use.”

David Melhuish, director of the Scottish Property Federation, said: “'While speed is not everything we must be aware of the need for an efficient and effective decision making system if we are to attract and retain global capital to support local jobs and investment.  To encourage this ‘can do’ culture, planning authorities must be resourced adequately and show strong leadership to aid investment. This survey takes stock of our planning system in Scotland and provides a hugely influential benchmark with which to understand how government and industry can work collaboratively to make development happen.”

The fifth annual planning survey has been published by the Scottish Property Federation and GL Hearn. It combines data on major planning application decisions from 74 local planning authorities and survey data from 385 developers and local authority planning officers across the country.