Mortgage or no mortgage? That is the question 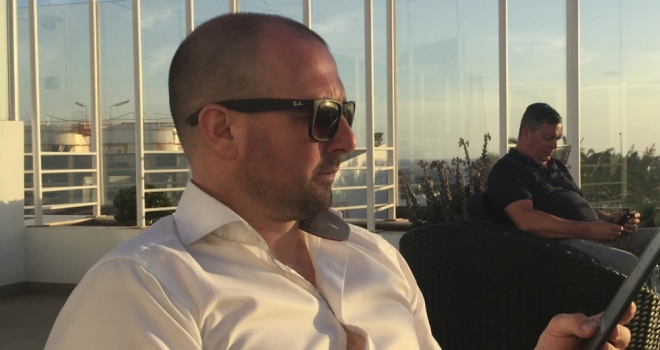 Every now and then I’ll have a conversation with a fellow property investor where it will transpire that they have one or two rental properties that are mortgage-free.

In my experience, such investors are fewer and further between, but they do exist. I bumped into one a couple of months ago and following a brief conversation, I knew it would make great subject matter for this column. But what’s so unusual about a mortgage-free investor, you ask?

On the surface of it, nothing really, but allow me to build up to my point and I’ll try to help you understand just how much he is missing out on.

The chap I was speaking to I have actually known for many years and I knew he’d been investing in houses. He now owns three almost identical BTL properties worth around £200,000 each, significantly more than he paid for them. These rental properties currently generate £2,400 of rental income per month. He is a successful building contractor that works and saves hard, and more importantly, lives well within his available means. He always has done, as he has no illusions of grandeur. He put away the spare pennies at a serious rate of knots to buy each property outright, one after the other over a period of about 5 years. He told me that 6 months from now he’ll be in a position to buy another one outright. It’s an admirable position that very few of us can expect to match.

Admittedly, I have always been impressed by his unwavering determination and ability to never stray from what I call ‘the goal’. His will is stronger than mine, as my eye is sometimes (not very often, but sometimes) caught by luxury purchases. If you’ve been kind enough to read my previous articles, you will know that ‘the goal’ as I define it, is to be financially self-sufficient without having to trade your precious time for money. i.e. being able to generate enough cash each month to pay all of your bills and have enough left over for a comfortable existence without having to lift a finger, and without resorting to credit.

It’s about having your money working for you, rather than you work for money. It’s choosing to use your time as you wish. Not as your manager, your boss or the push and pull of your inbox dictates.

This chap lives so frugally, he is able to live from his rental properties alone, but he chooses to continue working his day job. Probably to save more money for more properties.

As a qualified mortgage practitioner with 24 years of experience, it was my duty to ask him why he didn’t remortgage one of his other properties to raise the capital needed for his next property, rather than work his fingers to the bone. I know him well, so I felt this to be an acceptable line of questioning. His response was that he liked being debt-free and a mortgage would just reduce the profit he makes. My instinct normally would be to launch into a full discussion about what is good debt and bad debt, but I held back.

I wondered if he had worked out the sums. No, not really, he said. The fact is as he is so busy with his day job, and because he has only ever known the mortgage-free route (his residential property is also mortgage-free) he hadn’t investigated the possibility of leveraging his current haul. As a mate, I said let me do the numbers for you so you can work out what makes sense. I wanted to show him the real difference between working hard and working smart, and let's be fair he’s already halfway there.

If he had mortgaged the properties from the start, he would have been able to build the portfolio a lot quicker, as he would only have needed enough cash for around 25% of the purchase price, not the whole purchase price. Theoretically, he could have bought 4 properties not 1 from the outset.

Obviously, he would have had to take into account stamp duty and refit costs too. But all of his current properties were purchased before the 3% additional rate came into play in Wales, and he carries out his own refurbishments, so the difference would have been marginal.

Most portfolio landlords I know will readily admit to being addicted to buying property. The most wonderful thing about having an addiction to buying property is that, unlike almost any other addiction, this one is creating wealth, rather than bleed you dry of it.

I have several friends who own many, many more properties than I could ever hope to have. Despite their wealth, they spend their days doing little other than dreaming about, talking about and buying even more property. I have one particular investor friend  who I cycle with regularly. We will ride for 20 miles or more talking across the noise of the wind at the top of our voices to each other, sharing information about current property opportunities.

Why? Well because properties generate monthly income and grow in value of course. I always assume an average growth rate of 5% per year over a 5-year period. But the capital appreciation clock only starts ticking from the day you own the property, so saving hard month after month to buy properties in cash in the future is actually costing you money by not owning them today.

And don’t forget to include the missed monthly profit from the rental payments you would have earned. It’s hard to quantify exactly all the lost income and growth my friend has missed out on, but it's significant, and it makes my heart ache.

For the next part, you will need a calculator and pencil, because here comes the maths bit.

Not to be sniffed at. Until you look at what happens by leveraging them.

So splitting out the money into chunks, he will have enough for 7 new properties. Assuming all those properties are exactly the same as his current ones (and knowing him they will be, as he will not stray from his format for anyone) he will have 10 properties generating £8,000 monthly. The mortgage on each property will be about £375 a month on a 5-year fixed rate, so a total of £3,750 per month to take away, leaving £4,250 of net income per month, or £51,000 a year. That’s a big difference.

And the best part? Because he will now own 10 properties valued at £2m and growing annually at 5%, he’ll be watching his investments grow in value by around £100k a year.

The cycle of wealth

Simply by reorganising his portfolio in a different way and without actually putting in any additional cash from his own pocket, his prospects are greatly improved. He won’t need to work so hard to squirrel away all that cash for his next purchase. Perhaps in celebration, he could even loosen the purse strings a notch and enjoy the fruits of his labour.

And 5 years from now, when his fixed mortgages expire, he’ll be able to remortgage each property and draw down an awful lot of new equity. With this money, he will be able to buy many more properties and his cycle of wealth will continue.

The above plan was drawn up a day or two later and I sent it across for him to contemplate it. I hope he does it, I really do. Because that’s working smart for your money, not hard.