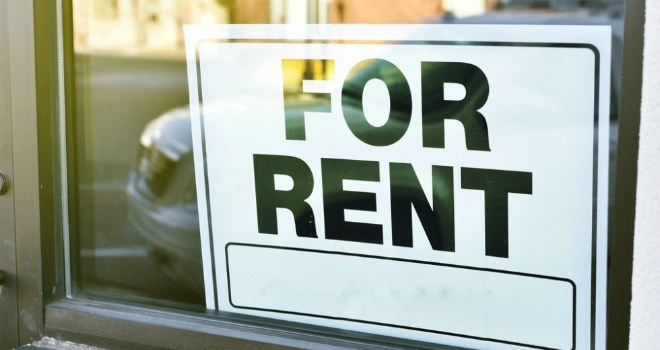 "This ugly undercurrent of discrimination is wreaking havoc on hundreds of thousands of people’s lives. ‘No DSS’ is an outdated and outrageous example of blatant prejudice."

The National Housing Federation and Shelter have launched a campaign to end discrimination against tenants on housing benefit.

Their research found that one in 10 letting agents have a policy not to let to anyone on housing benefit, even if they can afford to pay the rent, with five major letting agents - including Haart and Ludlow Thompson - amongst the worst culprits.

Eight out of 25 of Haart's branches have an outright ban on housing benefit tenants. Ludlow Thompson said that a 'DSS ban' isn't company policy, but Shelter says its investigation suggests "prejudice is widespread".

Shelter said that banning people on housing benefit "is totally unjustified and could be unlawful".

The NHF is now calling for landlords and letting agents to assess people on a case by case basis, not through policy bans, and for the Government to urgently invest in the building of new affordable housing.

Polly Neate, chief executive of Shelter, said: “This ugly undercurrent of discrimination is wreaking havoc on hundreds of thousands of people’s lives. ‘No DSS’ is an outdated and outrageous example of blatant prejudice.

“Rejecting all housing benefit tenants is morally bankrupt, and because these practices overwhelmingly impact women and disabled people, they could be unlawful. That’s why we’re urging all landlords and letting agents to get rid of housing benefit bans, and treat people fairly on a case by case basis.”

David Orr, chief executive of the National Housing Federation, added: “Letting agents should be ashamed that discrimination is still happening today in the form of an outright ban on people simply because they depend on housing benefit. We know this is purely based on prejudice.

“Landlords and letting agents must see sense and assess people on a case by case basis, whilst government urgently need to invest in the building of new social homes.”

A spokesperson for haart responded: “It is not our policy to refuse housing benefit tenants – anyone who passes referencing checks is able to rent properties listed with our branches. We do regularly arrange tenancies for those claiming housing benefits and currently have 112 tenancies where this is the case.

"In certain instances, landlords may not be able to let properties to housing benefit tenants for a variety of reasons including lending and insurance criteria. Government policy on housing benefit, with payments made in arrears, has also made it more difficult for landlords who require rents to be paid in advance.

"Where landlords are not able to let to housing benefit tenants, we explain this and direct them to properties that are available. Where no properties are available we take their details to contact them when properties become available. This research has brought to light that some of our branches are misinformed and we are working to ensure that this policy is being followed across our network. We are sorry for any occasion where this has not been the case.”

David Cox, chief executive of ARLA Propertymark commented: “This is a systemic problem with how housing benefit works. Rents are paid in advance, whereas housing benefit is paid in arrears, and therefore with such a shortage of rental accommodation, landlords and agents will naturally choose a tenant who can pay the rent when it is due, rather than a tenant who is always a month in arrears.

“We have called on Government time and time again to resolve this problem. But our calls have fallen on deaf ears. To make the situation worse, many lenders also have a clause in their buy-to-let mortgage agreements which prevent landlords from letting to housing benefit tenants. This situation does not exist because of landlords or letting agents, it is a systemic problem caused by Government and the banks.”