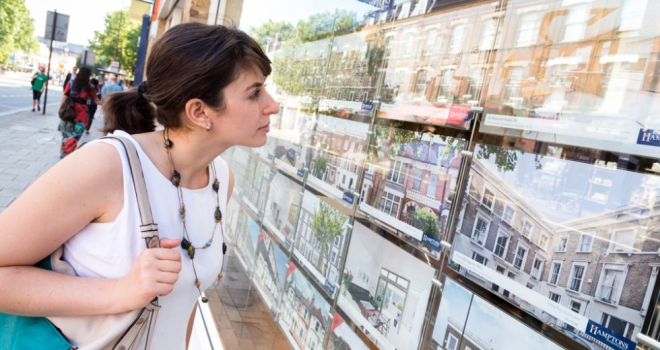 "The rebound has been swift as lockdown eased and the Chancellor’s stamp duty announcement at the start of July gave the market a timely boost."

Instructions and viewings were up substantially in July following the stamp duty holiday announced by the Government early in the month, according to data from property group Andrews.

Viewings were up 29% compared to June 2020, with physical viewings up 45%, as buyers took advantage of the stamp duty threshold being increased to £500,000.

There were almost 6,000 viewings in July - around 200 a day - compared to just 20 in April, with a third of those viewings still carried out virtually.

Offers made and accepted by sellers were up 12% last month while instructions rose by more than a fifth (22%) in July versus June.

There were 560 instructions last month across Andrews network of 48 branches, as lockdown restrictions were eased. This compares to the 55 instructions in April, the month after the Government announced the start of lockdown.

Valuations were also up a third (33%) in July, with 879 carried out last month. Only eight valuations were booked in during the whole of April.

David Westgate, group chief executive at Andrews Property Group, commented: “What a difference four months makes. In April viewings and instructions across the industry fell off a cliff as the country was gripped by coronavirus and the Government asked us to stay at home. But the rebound has been swift as lockdown eased and the Chancellor’s stamp duty announcement at the start of July gave the market a timely boost.

“Buyers and sellers alike have shown renewed vigour in the past six weeks. With a lengthy window of opportunity to purchase before the stamp holiday comes to an end, we expect buyer activity to remain buoyant over the coming months. And we saw an immediate uplift in valuations and instructions since stamp duty was frozen, with sellers keen to take advantage of motivated buyers and more confidence to list thanks to stable house prices.

“It won’t be all plain sailing from here, but the Government has shown how important it sees a healthy and stable property market for the general wellbeing of the overall economy. And house prices have proven to be extremely resilient in the past when faced by strong economic headwinds, which suggests the market is well placed to cope with some potentially heavy bumps in the road ahead.”