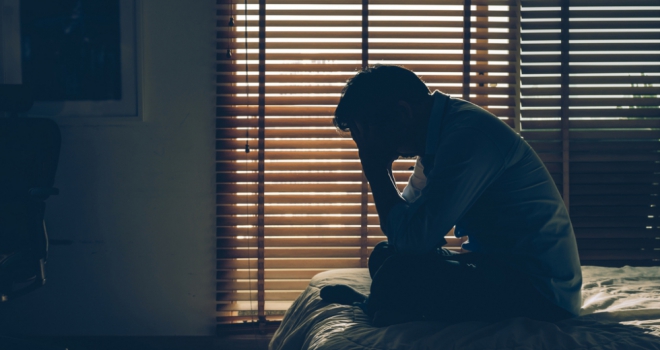 As we wait for the outcome of today's MPC meeting and learn whether the committee has decided to impose a further rise in interest rates, a growing majority of Britons are already cutting back on their spending.

Inflation is currently at a 40-year high and the Bank of England’s efforts to tackle this by raising interest rates three times since December last year has, so far, failed to halt the spiralling cost of living. This has left many people with no choice but to sacrifice not only discretionary spending but also cut back on essentials.

Newly released figures from the Building Societies Association reveal that 54% of Britons are reducing their energy use and 31% plan to cut back on essentials such as food and clothing. Also, around half of those questioned are cutting back on non-essentials like eating out and going to the cinema (51%) and four in ten people (41%) are shopping around to find better prices.

Despite the Chancellor’s support measures, the major concerns are still around the rising cost of energy and food. Higher energy costs are the biggest worry for the vast majority (73%), while 66% are worried about food costs. 21% confess they’re concerned about rising interest rates and 32% are worried about being able to save for the future.

The research shows that 24% of non-homeowners admit they’re not confident about paying their housing costs, double the number in the first quarter of 2021, and 50% higher than just three months ago. This compares to 6% of homeowners who say they’re worried about paying their mortgage.

It’s no surprise that many people are planning to make lifestyle and financial changes to cope with the cost-of-living crisis. The data shows that 20% are putting off bigger purchases like cars, household items and holidays, with a similar number (21%) planning to use their savings to deal with rising costs.

It is however pleasing to see that relatively few people are looking to borrow more through consumer credit (6%) or from friends & family (4%).

Surprisingly, only 12% of people don’t expect to have to make any changes, which only rises to 21% in households with incomes of £100k or more.

The BSA Property Tracker research also revealed that consumers’ confidence in the housing market has declined. The number of people who think that now is a good time to buy a home has slumped to its lowest level (16%) since the BSA started tracking this in 2008.

39% disagree that now is a good time to buy a property, an increase from 33% in March. The main reasons those disagreeing gave were the current high level of house prices (73%), as well as the impact of rising interest rates (70%) and high inflation (70%).

In terms of barriers to homeownership, high house prices mean that raising a deposit required to buy a property remains the biggest one, with 62% of respondents citing this. However, affording the monthly mortgage repayment is rising and is now the second most common barrier (53%). This may continue to be a growing barrier if a further rate increase is announced at lunchtime.

Paul Broadhead, Head of Mortgage and Housing Policy at the BSA, said: “It would have been naïve not to expect that people would be cutting back on their spending during the current cost of living crisis, but to see the extent to which people are struggling and being forced to cut back on essentials, such as heating and food, is concerning.

“It’s clear that spiralling inflation is impacting almost every household, and the possibility of another Bank Rate increase later today is only likely to add more worry onto the nation’s shoulders.

“Whilst it’s encouraging that less than one in ten homeowners are concerned about keeping up with their mortgage payments, this is likely to be because it will take time for Bank Rate rises to be felt by most borrowers, as around 80% are on fixed rates. Borrowers must however start planning for when their mortgage deal ends, as whilst the impact is likely to be quite modest, any increase in expenditure in the current environment will be unwelcome.

Paul concludes: “Of greater concern is the growing number of people who are worried about paying their rent, which has doubled in the last 15 months. Whilst the support packages provided by the Government to date are obviously welcome interventions, it’s clear that for many, more support is needed if families are to survive the current crisis without increasing levels of personal debt.”