Can you really bag a bargain in Kensington? 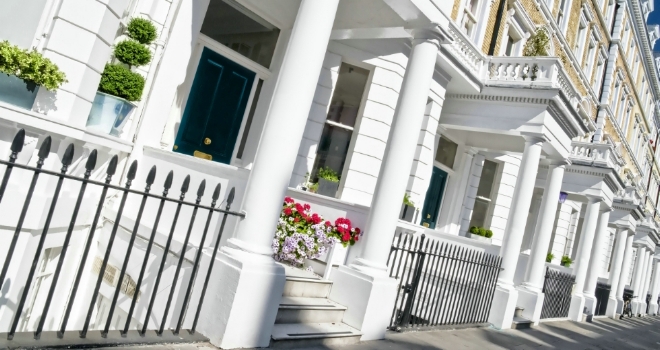 With a current average property price of over £1.3m, Kensington and Chelsea have long been the jewel in the crown of the London property market. In fact, the average home costs 174% more than the wider London average and it remains the preserve of the high-end homebuyer. But like everywhere else, there can be price disparities from one street to the next.

Research by central London estate agency, Bective, has dissected the most prestigious pocket of the London property market to reveal how it has fared during a tough pandemic year and which areas offer the most and least affordable paths to securing a home in Kensington and Chelsea.

The firm analysed data from the Office for National Statistics looking at property market performance across each ward of Kensington and Chelsea, during a time when the impact of the COVID-19 pandemic has been at its highest (Dec 2019 to 2020 - latest available).

In a year where the London property market has uncharacteristically failed to match the pace set by the rest of the UK, the average London house price climbed by just 3.5% between December 2019 and December 2020. However, despite the issues posed by the pandemic, property prices in Kensington and Chelsea climbed by 11% during the same period.

But much like every area of the UK, analysing the Kensington and Chelsea property market on a more granular level shows how house price performance can differ significantly, even within the same borough.

Kensington and Chelsea is formed of 18 individual wards and with an average of £2.8m, the ward of Norland is home to the highest house price within the borough.

The Royal Hospital and Campden wards are the only other areas of Kensington and Chelsea where house prices sit at or above £2m, with an average price tag of £2.3m and £2m respectively.

However, it’s the ward of Notting Dale that has seen the most explosive rate of pandemic house price growth. In December 2019, the area was home to an average house price of just £512,500 - the second most affordable in the borough. By December 2020, the average property value in the ward had climbed to just over £1m - a jump of 108%.

This is by far the steepest rate of house price growth and just two other wards have managed growth of over 50% during the same time. These are the ward of Norland where values have climbed by 58% and the ward of Dalgarno with a 52% increase.

Most affordable foot on the ladder

While no part of the Kensington and Chelsea market can be truly classed as affordable, some wards do present the opportunity to purchase at a far lower cost.

With property values currently averaging £600,000, the ward of Golborne is the most affordable pocket of the Kensington and Chelsea market.

Earl’s Court also ranks high, with house prices currently averaging £800,000, while Dalgarno is the only other ward to see the average cost of property sit below the £1m thresholds (£875,000).

Craig Tonkin, Bective Revenues Director, commented: “Property prices across Kensington and Chelsea remained surprisingly resilient during the initial phase of the pandemic, with a far higher rate of growth seen in 2020 when compared to the wider London market.

"However, it’s important to note that this steep rate of growth was largely due to pre-pandemic interest and this has since subsided during the first half of 2021, primarily due to ongoing travel restrictions dampening demand from foreign buyers.

"As a result, house prices across Kensington and Chelsea have declined during 2021 although we’re now starting to see initial signs that this trend is starting to turn as foreign buyers once again look to London.

"Of course, as with any area of the property market, top-line price trends only tell part of the story. Utilising local knowledge is key when identifying where you might like to buy, as well as the price you will have to pay for the pleasure.

"Within Kensington and Chelsea alone there is a diverse mix of areas requiring rather drastically different budgets and it’s also not unusual to see drastic changes in property values due to such a granular level of analysis.”