How can landlords protect against damage caused by pets?

Pet ownership during the pandemic has boomed and following the introduction of the Tenant Fees Act 2019 in England, which states that tenants cannot be charged for all up-front letting fees or extra security deposits for pets, it's unsurprising that many landlords are concerned about excessive wear and tear, increased likelihood of poor cleanliness and a greater chance of damage. 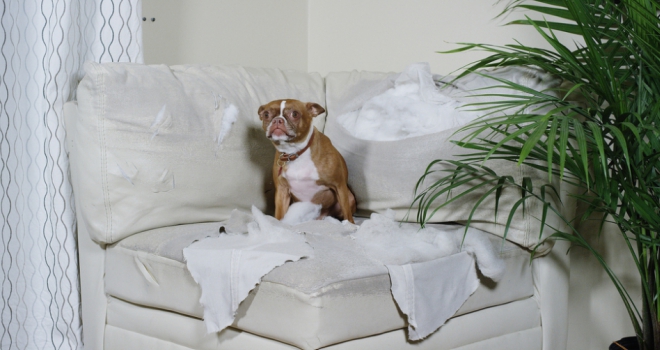 According to No Letting Go, including a tightly written pet clause in the tenancy agreement - which includes specifics such as what types of pets a landlord will allow and the need for a clear record of identification, licenses and vaccinations regarding the pet - will make the tenant aware of the potential issues and help with any claims at the end of the tenancy.

TDS and My Deposits both claim that pet claims aren’t as frequent as you would expect. This may be because many landlords have not allowed pets in the past or because permissions have been gained in advance, but with the increase in pet owners caused by lockdown and the increase in family lets over the past five years, this is likely to change.

No Letting Go says that it has seen an increase in recent years of check-out issues related to pets including pet odours, carpet and curtain fraying, skirting board damage, damage to backdoors from unauthorised cat flaps and gardens excessively worn due to dogs being kept. The likelihood of these issues being addressed by the tenant before leaving is fairly low, which has more emphasis on ensuring good evidence is provided.

Nick Lyons, CEO at No Letting Go, says: “We are noticing and recording an increase in pet-related issues including excessive to fair wear and tear at check out, where the deposit schemes aren’t.

“It is likely that these issues are being negotiated before reaching adjudication or that the evidence isn’t strong enough to support a claim and landlords lose out, but there is certainly an increase. The one thing it has highlighted is that it is more important than ever that inventory companies or employees who complete the check-outs are much more vigilant with these issues.”

Sandy Bastin, Head of TDS Adjudication, stated in a previous edition of the organisation’s Letterbox newsletter that tenants have an obligation to return the property to its pre-tenancy condition and if any damage is caused and not put right, the landlord is in their right to claim for financial loss in making it good again.

Bastin goes on to state that along with accurate and clear clauses in the tenancy agreement, evidence from both the check-in and check-outs covering cleanliness and condition is critical.

Additionally, the TDS Letterbox newsletter also showed some interesting statistics based on a survey they carried out on 1,500 landlords. It highlighted the challenges today with pets and cost recovery.

According to the survey, some 70% of landlords believe pets should not be allowed in rented properties and of those that do, 64% of landlords do not increase rent for the addition of pets.

However, 36% do and this is an increase from 25% pre-Tenant Fees Act. It seems, therefore, that some landlords are anticipating additional damage and mitigating for it, and yet if pet deposits were reintroduced or allowed landlords would accept that in place of a rent increase.

What is the background?

There has been a push, since the start of Covid, for tenants to have the right to keep a pet in their rental properties, despite the vast majority of landlords not currently allowing it. Government estimates suggest that only approximately 7% of landlords accept pets.

But, given the boom in pet ownership that the pandemic has triggered, campaigners – including MPs, animal rights groups, tenant groups and even vets – have been urging the government to make it easier for renters to keep pets.

At the same time, there have been moves by MPs to introduce legislation to make it an assumed right for tenants to keep pets in their rental homes, but this hasn’t really gone anywhere as of yet.

Most recently, the government stood firm when urged to change the Tenant Fees Act to allow for additional deposits/costs for pets, insisting it would not amend the law to enable separate and additional charges for pet insurance or to cover pet damage.

Lyons adds: “In the current market, with more people at home, the demand for a furry friend remains very high. As has been widely written about, the demand for pets during Covid went through the roof, in particular among the younger generations who are far more likely to rent.

“Many tenants are likely to have got pets without permission (knowingly or not) from their landlord. As a result, I anticipate we will be seeing many check-outs over the next few years having pet-related dilapidations.”

He said it is crucial that agent check-outs are concise, with comparisons to the original inventory clearly laid out.

Lyons concludes: “Damage should be clearly defined in writing with supporting pictures. Things like cleanliness, including signs of animal hairs as well as excessive wear and tear, along with strong odours and overworn/damaged gardens, should also be noted down.

“Using professional independent inventory management companies will prove to be a godsend as the demand for pets increases and pressure continues to grow on landlords to allow pets as a default right.”