Euro 96, Britpop, Trainspotting, Charles & Di splitting up, Mad Cow Disease, Dolly the sheep. 1996 was jamp-packed with era-defining events that helped shape and transform the UK into the home we share today. 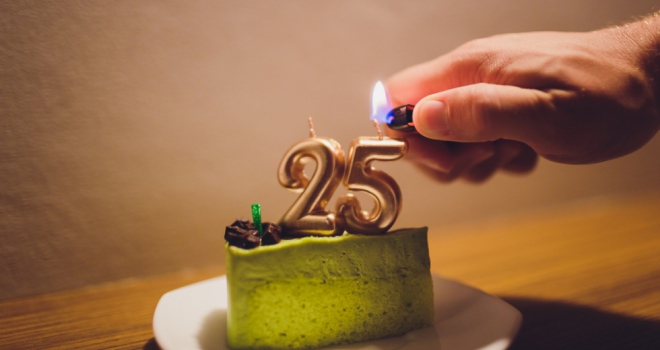 A quarter of a century ago, John Major lead a Conservative Government, the Spice Girls’ debut single ‘Wannabe’ shares chart success with ‘Three Lions', and the Association of Residential Landlords began work with a small group of lenders, including Paragon, to develop a mortgage product specifically tailored to landlords.

Today, 24 September 2021, marks the 25th anniversary of the inception of buy-to-let mortgages, which were officially launched as a finance product in 1996 in response to growing tenant demand and a critical shortage of homes in the recession-hit UK housing market.

Richard Rowntree, Paragon Managing Director for Mortgages, said: “Since being launched as a mortgage product specifically designed for landlords 25 years ago, buy-to-let finance has helped to transform the PRS.

“The PRS is now a vital component of the UK’s housing provision, with renting no longer a last resort. The PRS is a tenure of choice as well as need and this is supported by the diversity of those who actively choose rented homes, benefitting from the flexibility they provide.”

In the 25 years since, the buy-to-let market has advanced a great deal, helping the UK’s private rented sector expand and improve substantially.

The PRS has almost doubled in size, expanding from 2.4 million households in 1996 to 4.4 million in England today, accounting for 19% of UK households, up from 10% recorded in 2001, and is now above the provision of social housing at 17%.

After this period of rapid early growth, subsequent recovery from the global financial crisis and the abandonment of the Government’s tenure neutral policy, we now see a PRS that offers tenants more choice with homes that are bigger, better and more energy-efficient.

The portion of homes in the sector classed as ‘decent’ under Government standards has consistently increased, rising from 53.2% in 2006 to 76.7% last year. There has been a 272% increase in PRS homes with an energy rating of C or above since 2009 to 1.8 million today.

Robert Jordan, ARLA Propertymark Past President, comments: “We at ARLA realised that the housing market was in a low ebb; houses weren’t selling, which meant a lot of people were letting their homes to move to a new property. When the housing market picked up those properties sold and there was a need for more rented properties to fill the gap for tenants, but we couldn’t see where we would find more homes to let.

“It became clear that the mortgage options weren’t suitable, so together we designed a product, buy-to-let, that would enable more investors to purchase an investment property and let it under the new Housing Act 1988 regulations.

“Paragon and NatWest were the first two mortgage lenders we approached. Today, private landlords house approximately five million households across the UK at no cost to the exchequer."