The Government needs to address a chronic failure to tackle rogue landlords who put tenants at risk, says the national body representing landlords. 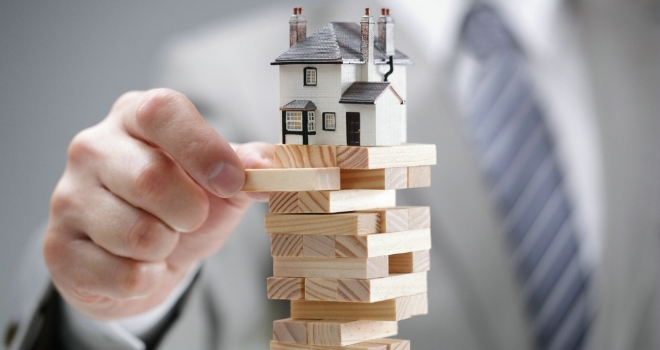 "We need to address the chronic failure to take action against rogue and criminal landlords. It puts tenants at risk and undermines the reputation of the overwhelming majority of landlords who play by the rules."

With the Government pledged to publish a White Paper setting out proposed reforms for the private rented sector in England, the National Residential Landlords Association (NRLA) is warning that "every measure in it will fail" without robust action to root out rogue and criminal landlords.

As it today publishes its own shadow white paper for the sector, the NRLA points to figures previously cited by the Government which show that just 43 landlords are currently listed on the database of rogue landlords in England. This is despite Ministers’ previous suggestion that up to 10,500 rogue landlords may be operating in the PRS.

Previous research by the NRLA reveals that the number of statutory provisions applying to England has risen by 40% over the last decade to 168 pieces of legislation. These conclusions demonstrate that local authorities’ inability to enforce existing legislation, as opposed to a lack of powers, is the key problem in this area.

Figures released by Unchecked UK suggest that between 2009 and 2019 the amount spent on Local Authority Environmental Health Officers in England and Wales fell by around a third.

The NRLA is calling on the Government to conduct a full assessment of the ability of councils to enforce the wide range of powers already available to tackle rogue and criminal landlords. However, it says central government also needs to provide upfront, multi-year funding to help local authorities to build the capacity to tackle bad practice.

The proposals are among a number being put forward by the NRLA as the Government develops its plans for the sector, including the ending of Section 21, so called ‘no fault’ repossessions.

In calling for changes that work for both responsible landlords and tenants, the NRLA is proposing a system that provides a set of clear and comprehensive rights for landlords. This would give landlords the ability to take back possession of properties but would balance these additional rights with robust protections for tenants.

In addition, it is calling for a new landlord/tenant dispute body, similar to the employment body ACAS, to enable landlords and tenants to reach agreement without the need to go to court. At present it can take around a year for a legitimate repossession claim to reach a conclusion.

Ben Beadle, chief executive of the NRLA, said: “We need to address the chronic failure to take action against rogue and criminal landlords. It puts tenants at risk and undermines the reputation of the overwhelming majority of landlords who play by the rules. As Ministers develop their plans for the sector, they need to be clear whether any of what they propose will be properly enforced.

“More broadly, it is vital that the forthcoming White Paper strikes a fair balance between the needs of both tenants and landlords. It is in that spirit that we continue to work with the Government and others to develop workable policies that protect tenants from bad landlords whilst ensuring good landlords have the confidence to provide the homes to rent the country desperately needs.”

An MHCLG spokesperson said: “We are cracking down on the small number of rogue landlords who neglect their properties and exploit their tenants, which is why we have given councils stronger enforcement tools, including fines of up to £30,000 and banning orders.

“Our national programme of training, which is available online, and over £6.7 million of grant funding is helping councils to boost their enforcement work and support innovation.”