How much does it cost to live in a national park? 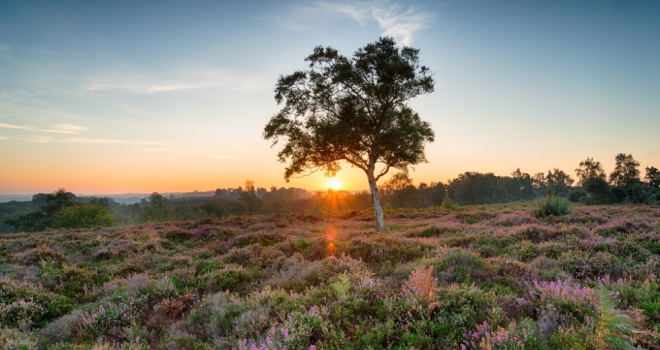 New research and analysis from Lloyds Bank has revealed that all 12 national parks in the UK have higher house prices than the average for their county.

Should you wish to live in one of these highly sought after areas then you're going to have to pay for the privilege. According to the figures released, house prices in UK national parks are on average £121,383 more expensive than similar properties in surrounding counties.

Topping the list is the New Forest – known for its heathland, forest trails and native ponies – with a premium in excess of £300,000. This is followed by the South Downs – the newest national park and often referred to as the lungs of South East England – with a premium of more than £200,000.

The average house price in a national park is now £379,437, meaning homebuyers face paying an extra 47% compared to similar properties in surrounding counties. This is also significantly higher than the average England and Wales house price of £286,336.

The average cost of a home in a national park is 11.6 times higher than local average gross annual earnings. The comparable ratio for England and Wales as a whole is 7.8 times average earnings.

It’s been a tale of mixed fortunes for national park house prices over the last 12 months, with the average price up just 1% (£5,545). The New Forest is again on top, with prices rising 9% (£55,329) in 2018. However four national parks (Peak District, Dartmoor, North York Moors and Lake District) have seen house prices fall over the same period. The largest fall was in the UK’s most visited national park, the Lake District, with prices down by 7% (-£24,683) year on year.

Andrew Mason, Mortgages Director, Lloyds Bank, said: "National parks offer a unique opportunity to live in some of the most desirable parts of the country, and often come with strict rules designed to protect their beauty and heritage for many years to come.

However, this comes at a cost to home buyers who will need to pay considerably more to put roots down in these locations. With such a significant gap between local earnings and property prices, people who want to live and work locally may face a considerable challenge to buy their own home."