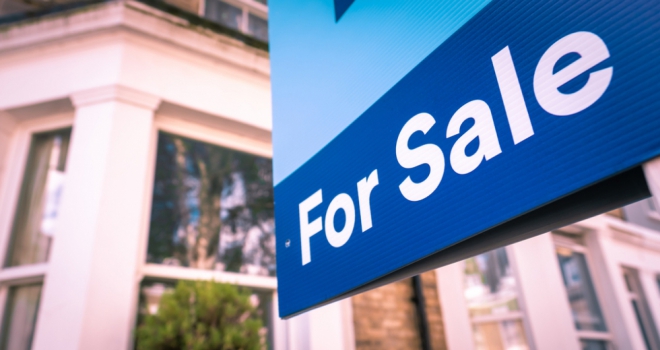 "Another behemoth level of house price growth both on a monthly and annual basis, no doubt influenced by the first of the staggered extensions to the stamp duty holiday"

Average house prices increased by 13.2% over the year to June, up from 9.8% in May - the highest annual growth rate since November 2004, according to the latest UK House Price Index from the ONS.

The North West was the region with the highest annual house price growth, with average prices increasing by 18.6% in the year to June, up from 14.2% in May.

London continues to be the region with the lowest annual growth (6.3%) for the seventh consecutive month.

Sam Mitchell, CEO of online estate agent Strike, said: “House prices continued on their upwards trajectory in June, with the latest ONS figures capturing the final frenzy amongst buyers and sellers before the stamp duty holiday scaled back.

“Despite the tax break now only being available to properties under £250,000, there are still other factors at play that will likely contribute to further house price increases in the months ahead. Historically low interest rates, an uplift in 95% mortgages and savings accumulated during lockdowns are all going to allow more people to enter the market.

“Let’s also not forget that the UK is still faced with a major supply and demand imbalance issue. A lack of new stock that fails to meet the demand we see today is enough on its own to push prices up. Particularly when we all appear to be looking for the same thing – a desire for more space, bigger gardens, and that now essential home office.”

Director of Benham and Reeves, Marc von Grundherr, commented: “Another behemoth level of house price growth both on a monthly and annual basis, no doubt influenced by the first of the staggered extensions to the stamp duty holiday as homebuyers purchasing above the £250,000 threshold continued to scramble to secure a saving before the clock expired.

"The London market has seen a lesser degree of property market manipulation as a result of the stamp duty holiday. As a result, the capital continues to trail where property price appreciation is concerned but we’re seeing a far more stable market start to emerge and one that is showing greater long-term momentum as both domestic and foreign interest start to return.

"Sales are increasing, sellers are achieving a greater level of asking price than they were just a few months ago, and all of these indicators suggest a property market resurgence is stirring.”

Managing director of Barrows and Forrester, James Forrester, added: “The UK property market continues to flourish driven, in part, by the stamp duty holiday but also the ongoing trend for larger homes, with detached properties seeing a huge 15.6% annual increase.

We now know that the initial stamp duty deadline at the end of June has failed to dampen this appetite and the market cliff edge that many predicted is now starting to look very unlikely. With buyer demand remaining extremely robust and stock shortages plaguing much of the market, it’s safe to say house prices will continue to climb throughout the remainder of the year.”