Polka dots and stripes: why the UK shouldn’t mix politics with planning 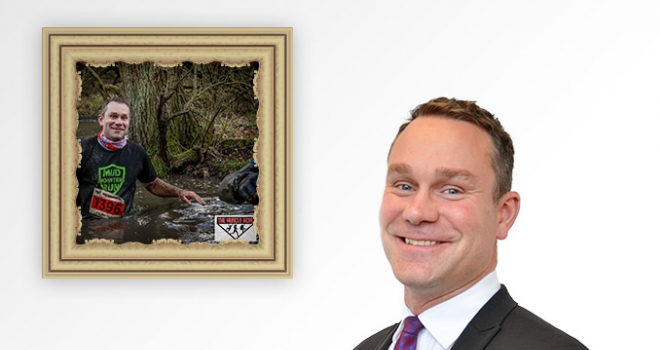 The run up to an election is usually an uncertain time for property developers, as those in power look to make their mark by tearing up old policies and putting in place new ones (often prefixed with a catchy slogan – ‘Build Back Better’, ‘Northern Powerhouse’, ‘Levelling Up’, ‘Build Build, Build’). Unfortunately, this turbulence can also arise from the same government but a new cabinet member. Case in point, Michael Gove was recently appointed as the new Minister for Levelling Up and Housing in the Government’s latest shake-up and his words have already created a sign of uncertainty for the industry. A speech at the Conservative Party Conference suggested that communities should be able to push against large scale housing targets and areas of outstanding natural beauty and green fields. This soundbite is all well and good for politicians looking to secure votes, but it isn’t great for property developers who already have developments in the Local Plan or have approved planning permission to build on green field land for the thousands trying desperately to get onto the property ladder.

Unfortunately, most issues to do with planning often go to politicians, frustrating considering the numerous years of training I, and my fellow planning professionals, have in the field. Therefore, I believe we need to look at ways to take the politics out of the planning process. Of course, completely removing politics from planning isn’t the answer, but neither is divisive rhetoric about building on green field land. Planning strategy should be directed by Government, schemes influenced by communities and decisions made by people qualified to do so.

The winds of political change

To give an example of just how much of an effect political changes can have on housing development you only need to look at the upcoming local elections and their indirect implications on emerging Local Plan consultation timescales. Many Local Authorities are seeing delays to their Local Plan consultations as a result of the upcoming elections in May 2022. Whilst Local Plan preparation, and identifying potential locations for development should be assessed on planning merits, Officers are all too aware that such decisions can be used as a political tool by Members to achieve local support, particularly around election time. In an attempt to overcome this, Authorities often delay such consultations until post-election. Whilst this ultimately tries to curb the political influence on site allocations, in a plan-led system this delay can bring its own problems, causing a snowball effect on the development industry by slowing down predicated timescales for securing new allocations, subsequent submission of planning applications and ultimately housing delivery. Given how long developments take to complete, the industry understandably hedges its bets based on what new political leanings may be and this stop start approach slows down the levelling up approach of badly needed homebuilding.

Developers will know that a change in policy could have their plans back in front of committees for approval, which would mean months of work and thousands of pounds lost. Such action has even caused one homebuilder to insist on planning committee members to receive planning training – an understandable request considering how much of an impact their decisions could have on the housing crisis. In my opinion, training, whilst a start, is not the answer. A rounded understanding of the planning process and a holistic appreciation of the issues involved can only be achieved through a thorough understanding of town planning complemented by industry experience.

The above frustrations are compounded by the wider public’s misconception about so many planning matters — whether it be the role of the Green Belt, the land banking conundrum and the mechanics of the planning policy framework. Covered by the press, these misconceptions are borne out in the real world in planning committee rooms across the country. The result is not enough houses being built, unnecessary costs and delay, houses built in the wrong places, and the undermining of planning officers.

The healthy mix of politics and planning

The current practice of decision by (often unqualified) planning committees often places members in an awkward position and undermines the process and the work undertaken by officers. Caught between following a positive recommendation from a planning officer and fulfilling a promise to residents to fight development. A better means of collaboration would be to invest properly in local authority planning departments and allow qualified officers to do their job, and allow influential local figures involved at a higher level to lobby at the point of an outline application (if on unallocated sites) or at the formulation of policy.

There is a part for politics to play in planning and that is not at the ground level, providing obstacles for everything from technical issues such as drainage, design or highways. It is at a level that ensures developers, and the community are understand housing plans from the outset – as only by being in this housing crisis together will we meet desperately sought-after housebuilding targets. The focus should be on a national Green Belt Review, a national infrastructure plan, a national spatial plan, strategic regional planning and investment in Local Authorities. The lack of progress in these areas is stifling this country’s ability to plan properly and build the houses it needs.

In order to advance our approach to planning and land development, it’s time to take politics out of the local planning process. If a development has already been approved in a Local Plan or benefits from outline planning permission then it will already have been appropriately scrutinised. Therefore it should not be delayed by local politicians who are not qualified to make judgements on such matters. If the Government are serious about ‘levelling up’ then let’s ditch the politics and let planners do the work needed to deliver the much-needed homes for the UK.