IWD: Paving the way for successful women in construction with Zarina Khalid 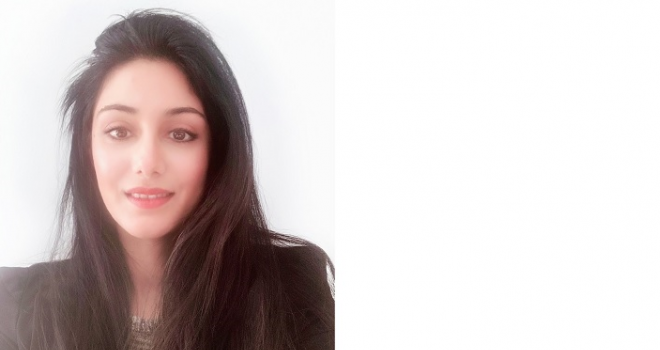 UK construction remains a male-dominated sector, with the latest estimates revealing that during 2020 there were just 289,000 women in the industry compared to a staggering 1.9 million men.

Today is International Women's Day and in recognition, Network Homes’ successful female Construction Project-Manager, Zarina Khalid discusses her own experience in the field, her role in a position of leadership, and how the construction industry is working towards eradicating gender biases and encouraging more women to take up this rewarding career.

Zarina says: “After completing my degree in Psychology from Warwick University, I was eager to work for a year before going on to obtain my PHD. During this period, I secured the role as PA to the Assistant Director of Policy and Regeneration at Brent Council, which changed my career path entirely. I was given the opportunity to assist on regeneration projects run by Brent council, which included the development of community centres and employment initiatives. It was during my year working on such schemes that I decided to pursue a career in Development. I loved to see projects come to fruition, and witness valid outcomes that changed lives for the better.”

She continues: “As I explored different avenues within the field, I began to focus on housing, which is a vital element in neighbourhood improvement and regeneration. In addition, I became a local councillor for one term, which fuelled my ambition to help improve the lives of others, before going on to obtain the role of Assistant Project Manager at Metropolitan, now known as Metropolitan Thames Valley. Having managed and delivered a number of new-build schemes at Metropolitan, I moved on to Network Homes, where I recognised a superb team ethos and a winning attitude.”

Zarina details her roles and responsibilities at Network Homes, as well as her favourite aspects of her job: “I have worked as a Construction Project Manager here for almost seven years - with two years off to have my two little boys – I have delivered over 700 homes; including Phase 2 of South Kilburn’s regeneration project. This scheme had a sales income of around £75.5 million, and was a great success for Network Homes.”

She explains: “I enjoy the multidisciplinary aspect of construction; for example, working alongside architects, lawyers, EA’s, COW’s [Clerk of Works], and overseeing every aspect of the build process. I feel a real sense of achievement, from the initial stages of seeing a scheme born, pruned and then developed into a quality selection of homes.”

Zarina says: “The industry is still somewhat male-dominated however, over the years I’ve definitely seen a rise in the number of women entering the sector. Early on in my career, it was not common to see a woman in my site meetings. Quite often, I would be the only woman in the room, and many people would automatically assume I was there in an admin capacity, rather than as a Project Manager. Thankfully, this is no longer the case and generally speaking, there are other women in the room; frequently leading the meetings, in fact.”

When asked whether she sees advantages to being a woman within the field, Zarina comments: “I see myself on a level playing field with men. I pride myself on my ability to diffuse a situation and gain respect from those around me, but I would like to think this is because of my strength of character, rather than because I am a woman. I don’t necessarily believe a person’s success within their chosen industry boils down to their gender, but rather their willingness to learn and ability to lead.”

Zarina adds: “There is definitely a place for women in construction, and it should be encouraged at a much earlier stage. I don’t even remember coming across the word ‘construction’ when looking at career options at school and college, whereas the opportunities for women are vast now. That being said, I think it’s important for schools and colleges to continue harnessing young women, and encouraging them to explore traditionally ‘male’ roles. This will help pave the way for strong female leaders, and create equal job opportunities for women.”

She concludes: “My advice to young women who are considering property, construction and planning as a career is – don’t be intimidated, and ask lots of questions! There are so many areas to explore within this industry and plenty of people who are willing to offer expert advice and support.”