A quarter invest in smart home tech during lockdown 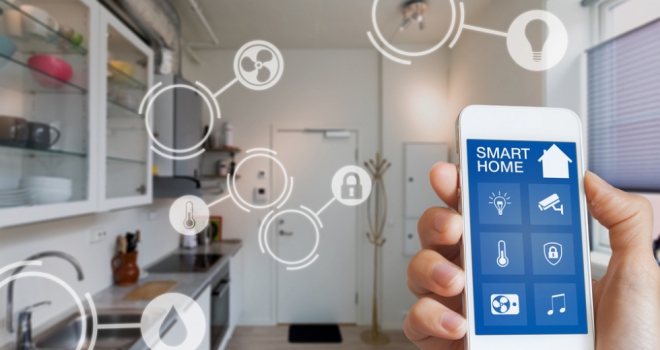 Over the last twelve months, we have all been spending more time at home than ever before. And in between learning to bake sourdough bread and clapping on our doorsteps we've been buying tech for our homes. Lots of it.

Newly released data from Confused.com has revealed the scale of this rapid rise in home technology with 24% of people investing in at least three smart home devices since the beginning of lockdown.

Across the UK, 74% of us now own a smart device - equating to nearly 50 million people across the country and, since lockdown, there has been a surge of popularity for this technology. But what is the most popular?

According to the research, 45% of Brits who own smart technology have a Smart TV. With lockdown restrictions seeing millions of people binge-watching films and shows on Netflix, Amazon Prime and Disney +, it comes as no surprise that these figures are so high. Meanwhile, 32% own a smart speaker, making these the two most popular devices in UK homes.

However, when people were asked which devices they wanted most, entertainment was not at the top of their list. In fact, 41% of respondents claim a smart security camera was their most wanted piece of smart technology. This was followed by a smart doorbell at 35%. As the nation continues to spend more time indoors, feeling secure in our homes has become increasingly important.

With many people continuing to work from home for the foreseeable future, household bills have increased. In fact, further research by Confused.com in 2020 found that 29% of Brits reported an increase in their energy bills since the first lockdown in March 2020, paying out £29 extra per month, on average, making smart home technology even more worth the investment for many.

However, it seems that owning a smart device could help in reducing these costs, despite 47% of people in the UK admitting to being confused about how smart devices can save money on energy bills. But the research shows 49% of smart tech owners reported an average annual saving of £318 by swapping appliances to smart devices, making them well worth the investment.

At the other end of the scale is Manchester, which has the lowest number of homes with smart tech devices, at just 32%. Other locations such as Leicester, Norwich and Portsmouth also feature in the bottom 10 areas.

What are our attitudes towards smart home technology?

Data shows that the biggest benefit of smart home technology according to Brits, is the money it can save you on energy bills, with half of the country agreeing with this statement. In addition, 56% of Brits also agree that having a smart device makes their life more convenient, which is the top reason people invest in this technology.

However, the results also show some scepticism with this technology, as 49% of people believe the devices cause concern around privacy issues, and 39% of people do not trust them at all.

When it comes to the brands selling these smart home devices, survey respondents have ranked some as more trustworthy than others, with Microsoft, Samsung and Philips all scoring as the most trusted. Amazon also features as one of the top 10 most trusted brands.

However, with the saving benefits the research has shown from owning a smart device, these concerns may not be enough to put Brits off from investing in this technology.

Max Green, Energy expert at Confused.com, comments: “Smart technology has transformed the way we work and now the way we live with household devices becoming more advanced to help with efficiency, cost and safety. With doorbells that can direct postmen to the right place to deliver a parcel, to smart thermostats that can allow you to adjust your heating from an app on your phone, there are many benefits of smart home technology that may make it worth the investment.”

"While many smart devices aren't cheap to buy, it’s hard to know If they're a good investment. In fact, our research shows there's a lot of confusion about how much they can save on energy bills. And the savings are significant - those who own a smart home tech device have been able to save more than £300, on average."